A Return to Splendid Isolation? 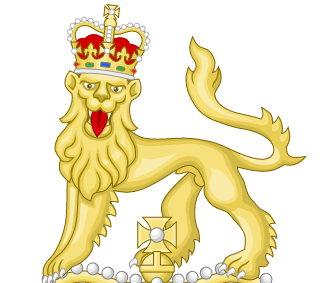 They may have voted to leave, but the truth is they can’t go that far.

The Brexit vote will roil the markets, anger Brussels bureaucrats, and cause great angst among pundits and politicians alike.

But by dint of geography, Great Britain will always remain part of Europe, even as it tries to take a few steps away from it.

This vote can’t be viewed as an isolated event, but as part of a long and complicated history.

The British nobility has always been more continental in its views.

One of England’s greatest heroes, Richard the Lionhearted, his native tongue was French and he spoke little if any English.

William and Mary were imported as part of the Glorious Revolution from the Netherlands.

Prince Albert of Saxe-Coburg and Gotha was the consort to Queen Victoria, and after their children acceded to the throne, they had to change their names to Windsor in order to not alienate an increasingly anti-German populace.

Britain itself, of course, is a product of European immigration.

When the Normans invaded Britain in 1066, they were but only latest wave of immigrants to sweep over the beaches of Dover.

The Angles, the Saxons, the Romans all had been there.  The Romans, under the leadership of Hadrian, built a huge wall to keep out Scotland’s Celts, but that proved to be only minimally effective.

Over the many years, this toxic mix of immigrants eventually became a people that built an empire and that empire spread its wings so robustly that it was said that the sun never set on it.

From India to Israel, from Africa to Australia, from Canada to China, from America to Ireland, the British established itself as the global power that enforced its own standards and in many areas, brought civilization.

Great Britain was the chief globalizer for centuries.

But when it came to Europe, it always had a more complicated relationship.  England enjoyed its splendid isolation.

It was Lord Stanley who best defined what that meant:  “It is the duty of the Government of this country, placed as it is with regard to geographical position, to keep itself upon terms of goodwill with all surrounding nations, but not to entangle itself with any single or monopolising alliance with any one of them; above all to endeavour not to interfere needlessly and vexatiously with the internal affairs of any foreign country.”

Splendid isolation only worked for so long, going into the 20th century, and two world wars that engulfed the European continent served to shrink dramatically the British empire to its present modest size.

The empire might have shrunk but Britain’s global footprint has not.   You can see it in Britian’s global banking networks.   And you can see that footprint in the neighborhoods of London, where you find many of colonists  who have come home.  Pakistanis, Irish, Indians, Chinese, Afghanis, Africans all make England their home and they add to the rich fabric of British life.

The irony in the Brexit vote is that the anger towards immigrants is not aimed at these former subjects come home.  The anger is aimed at Polish and Russians and other Eastern European migrants who come to England not because they feel part of the far-flung empire, but because they need work.

In America, there is a growing unease among the white community that they are losing their influence among the flood of Mexicans, Muslims and Asians.  But the Brexit vote was not racial in nature.  It was all about Europeans erasing Britain’s national identity.

The one common element came with a certain disgust with globalization.

The global economy has been remarkably efficient in bringing more products to more customers at better prices.  It has been the principle reason that more people have been lifted out of abject poverty in global history.

But for the middle class, those who do the bulk of the voting, globalization has come at a tremendous cost.  The poor have done markedly better, the rich have done amazingly better, but those stuck in the middle have seen their wages stagnate if they have jobs at all.

This vote can’t be comforting to those who to protect the status quo.