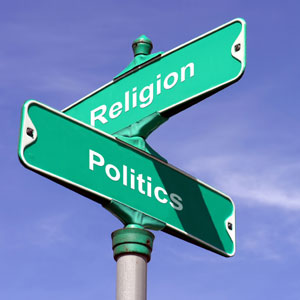 Rarely has such a positive story in The New York Times been so potentially damaging to a presidential candidate.

There was nothing in Sheryl Stolberg’s piece about Mitt Romney’s role in the Mormon Church that was in any way incriminating, disqualifying or threatening, unless, of course, you have an irrational fear of the Latter-day Saints taking over the world.

It showed Romney to be compassionate, caring, serious, resourceful and devout, qualities that Christian conservatives ought to find appealing. Unless, of course, they have an irrational fear of Mormons.

The Romney story wasn’t the only one making news on the religion front. Rick Perry’s wife made the head-scratching charge that her husband was the victim of religious persecution. This, after Perry has made his religious beliefs the centerpiece of his campaign and after preachers allied with the Texas governor have gone on the attack against Romney’s religious beliefs.

It was Thomas Jefferson who said: “But it does me no injury for my neighbor to say there are 20 gods or no God. It neither picks my pocket nor breaks my leg.”

Abraham Lincoln never formally joined any church and constantly had to contend with perceptions that he was not a Christian. When a political rival asked the future president whether he intended to go to heaven or hell, Lincoln allegedly replied, “I intend to go to Congress.”

It was once thought that Jack Kennedy had finally vanquished religious discrimination by winning the West Virginia Democratic presidential primary and going on to be the first Catholic to win the White House.

He was also the last Catholic to win the White House.

Barack Obama’s religion came under the microscope in the last election. First, people believed that he was a Muslim, and then it was discovered Obama’s Christian pastor, the controversial Rev. Jeremiah Wright, actually just really hated America.

Obama obviously survived the primary process, but then again, being religiously suspect isn’t as painful in a Democratic primary as it is in a Republican primary.

In the last election, Romney gave a speech wherein he tried to clarify his religious beliefs. Unfortunately for Christian conservatives, he didn’t immediately repent and become a good Southern Baptist. Instead, he said he was a good Mormon and that good Mormons are good people too, a contention that some just don’t agree with.

I would venture to say that America’s political leaders are now more overtly religious than was the case during our nation’s beginning. Indeed, many of the Founding Fathers — in the throes of the Enlightenment — from Madison to Franklin — shared Jefferson’s more skeptical view of religion.

Religion plays an important role in society. It’s the superego, the conscience. Religion tells people when to give to the poor and when to stop acting like a jerk. Along with government and basic ethics, religion can help to bring order out of chaos.

Not all religions are created equal. For example, religions that worship Satan or exalt a pizza box are not on par with the world’s great religions. Satanic cults glorify death and anarchy and breed mayhem, hatred and breakdown in society.

Worshipping a pizza box undermines the entire notion of religion. Making religion ridiculous is a heresy that no organized faith can countenance. But if wouldn’t surprise me if we have Elvis cults sprout up in 50 years or so. What should we do about that? Well, we shouldn’t give them tax-exempt status, for one thing.

When Kennedy was running for president, many Protestants believed that the Catholic Church was being led by the Antichrist. Some still do. If evangelicals think that the oldest Christian church is illegitimate, just imagine what they think of the Mormon Church.

Competition over religious doctrine is best left to the free market, far away from the hands of the government. Theocracies are as bad for religious development as communism is bad for economic development. Freedom trumps state control every time.

It would be far better for public discourse to keep religion separate from our politics.  By all accounts, Mitt Romney demonstrated great leadership qualities when he served in his church. As long as he keeps his church separate from our government, that track record should recommend him to all voters, no matter what religious faith they practice.