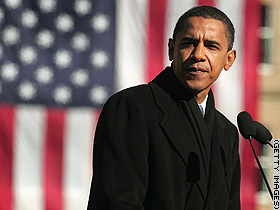 It might be too early to start analyzing what went wrong with the Obama administration in its first three years, but I am going to do it anyway.

Here are seven turning points that led to the president’s decline and fall, seven places where Obama or his Democratic allies made critical errors that forever altered the course of his presidency. He hasn’t done everything wrong, but he has made enough mistakes to make his reelection extraordinarily difficult.

1. Failed to veto the initial stimulus package: Imagine for a moment if Obama had vetoed that initial stimulus package. Imagine if he insisted that Democratic leaders take out all the pork and cleanse the bill of unworthy projects. Imagine if he had insisted that congressional Democrats work with Republicans to include their ideas, because we are all in this together. He would have immediately branded himself as a different kind of president, as someone above the fray, as a leader who cares first about the country, not the Democratic Party. And if he had done that, he would have had the Republicans hopelessly divided. Of course, he didn’t take that step, congressional Democrats were able to walk all over him and Republicans stiffened up their resolve and presented a united front against the president and his plans.

2. Let Nancy Pelosi move cap-and-trade first: The then-Speaker insisted that the House move on an environmental bill that had absolutely no chance of becoming law. She made vulnerable Democrats walk the line on this bill that the energy sector successfully branded as a new tax on energy, and when the president needed many of those members to vote with him on healthcare, they simply couldn’t. It was an unnecessary and silly waste of political capital.

3. Called the cop stupid: At a press conference called to push his healthcare law, the president took the bait offered in a question from Lynn Sweet, the Chicago Sun-Times reporter, and opined on an incident involving a Boston-area police officer and Obama’s own friend, Skip Gates. He said that Sgt. Crowley acted “stupidly,” and created a firestorm that forever alienated white ethnic voters. He tried to recover with a beer summit, but the damage was done. The week before the president rose high in the polls, but after the Beer Summit, his rating steadily declined.

4. Failed to bring the Olympics home to Chicago: When the president hurriedly jetted off to Oslo to lobby the International Olympic Committee, he raised the stakes for America and for his own personal credibility. After all, Obama was elected ostensibly because he proved to be such a popular figure overseas. Well, the president’s personal charm didn’t pay off, and the Olympics went to Brazil. Coming home empty-handed proved to be a deep embarrassment.

5. Signed an extension of President Bush’s tax cuts: After campaigning against and complaining about George W. Bush’s tax cuts for the rich, Obama meekly signed a two-year extension of those same tax cuts. By reversing course, Obama did three things. He exposed himself as a man who will blink when put to the test. He made the deficit situation much worse. He has not in any way, shape or form put himself in a stronger rhetorical position for his reelection. He is making the same ineffective arguments that he made last year, and it will likely yield the same result.

6. Signed ObamaCare: By pushing through an ungainly and unpopular healthcare law, with little if any support from the opposition party, the president gained little traction politically, and put his allies in the worst possible position on Capitol Hill. In fact, the anger stoked by passage of the bill led to one of the largest repudiations of any president, in the midterm elections of 2010.

7. Brought David Plouffe in-house: The president is now is full campaign mode, as evidenced by the fact that his top campaign person is now running the White House. It is clear that Plouffe, a hard-nosed partisan, is in charge, and not the more pragmatic chief of staff, Bill Daley, because the president has taken a hard turn to the left to energize his despondent base. But Obama is the incumbent, not the challenger. His job should be to first fix the country and then worry about the campaign later. Good policy translates into good politics.

President Obama might make a remarkable comeback if the economy suddenly roars back to life and he somehow governs as a centrist. But right now, that doesn’t seem very likely. When the history is written about what went wrong, these seven turning points are a good place to start looking.