Not Your Classic Underdog 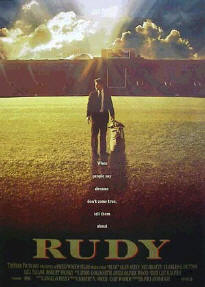 According to the dictionary definition, an underdog is “a person, team, etc., that is expected to lose a contest or battle.”

As we get closer to the Labor Day holiday, it would appear that Donald Trump is one of history’s biggest underdogs.

William Galston of the Wall Street Journal put it pretty plainly, “Barring a dramatic change in voters’ perceptions of the presidential candidates or an event that reconfigures the political playing-field, Donald Trump cannot win the 2016 election.”

Of course, to be a true underdog, in the American sense, one has to be more than a sure loser.

A true underdog inspires sympathy from the audience, connects viscerally with society’s other underdogs, and gets inspiration from the good wishes of the populace at large.

Think of the main character from the movie, “Rudy.” An undersized walk-on battles his own physical limitations, doubting coaches, and punishing practices to get a chance to play on Notre Dame’s illustrious football team.

Or how about Buster Douglas, a no-name heavyweight who was able to beat the most-feared boxer in history.

Or how about the New York Giants, who, in 2008, overcame all the odds and beat the New England Patriots in the Super Bowl.

I mention the last two because Mike Tyson and Tom Brady both are supporters of Donald Trump. They were the favorites who lost to the underdogs. Perhaps they can teach Trump a thing or two about how the unexpected can happen.

It’s pretty easy to see the bellowing billionaire as an underdog, beyond where he sits in the polls.

First, he is a complete political outsider and the establishments on both sides feel profoundly threatened by his insurgent campaign.

Second, the news media has it in for him. They take his every off-key comment and try to make a federal offense out of it, literally. They have probed his every business deal, found every contractor he has been in a dispute with, and done everything they can to make him seem like a callous and unstable human being.

Third, he is quite clearly a political novice. He doesn’t do anything that traditional campaigns do. He has a thin skin and he responds to every attack, real or imagined, with unbridled fury.

He has made himself the most unsympathetic underdog in our nation’s political history.

How does he right the ship? How does he become a truly classic underdog?

Well, first he has to improve his game. He has to work hard to become a better candidate. He has to become better disciplined regarding his public remarks. He has to build a real campaign structure.

Second, he has to become a sympathetic figure who connects with the average struggles of the common man. Trump is not your classic Wall Street mogul. He is a guy from Queens who has done well by taking on the Manhattan establishment and beating them at their game. He has to create a better narrative of him as a scrappy small businessman who is extremely careful with his money.

Third, he has to get a thicker skin and let attacks roll off him. He has to have a better sense of who it makes sense to engage with and who he is better off ignoring. It’s always better to punch up and then punch down. Attacking the billionaires who attack you makes sense. Attacking the Khan family makes no sense.

Finally, he needs to take a healthy dose of humility and self-deprecation. He has to make fun of himself – his verbal gaffes, his hair and his own huge ego. That might be an impossible task, but it is essential to showing the voters that he is a real human being who is aware of his own limitations.

Donald Trump is a true underdog when it comes to the dictionary definition. He faces overwhelming odds in a tough election year. But if he wants to connect with the voters and gain some sympathy as a classic underdog in the American imagination, he has to change his ways and do it quickly.