My Theory on the Iran Deal 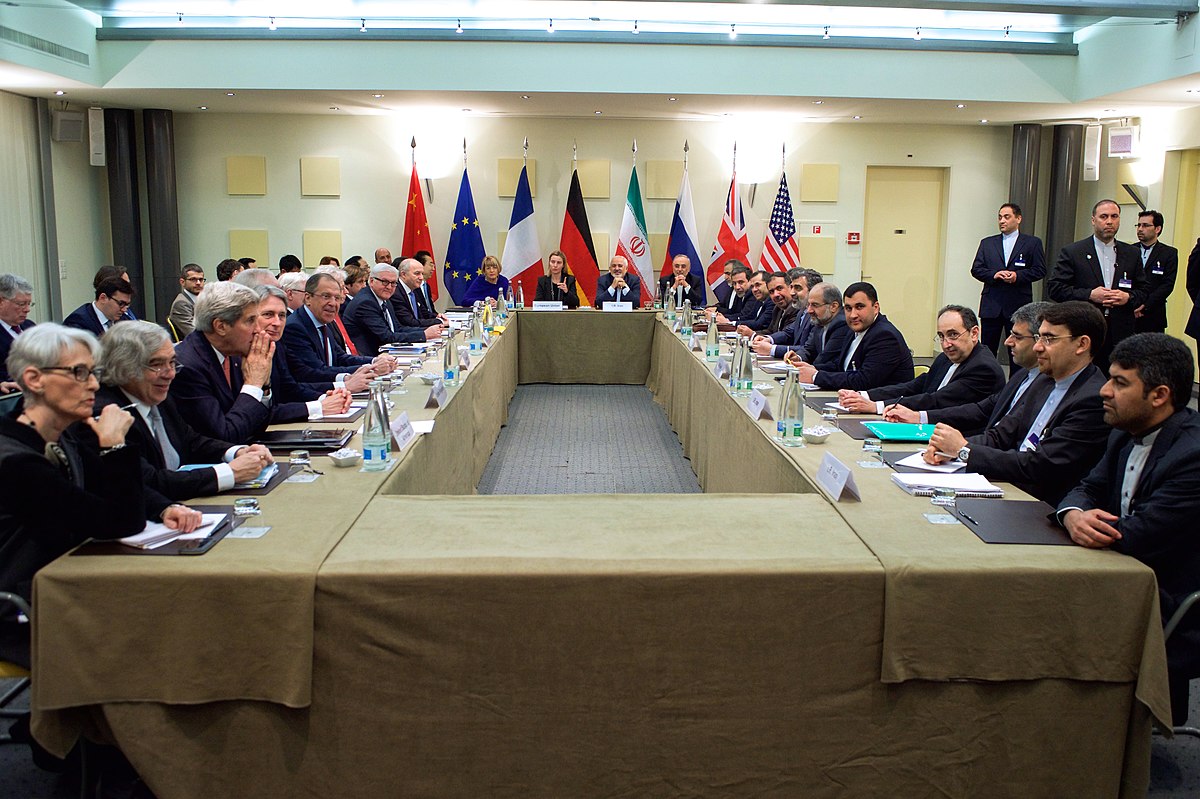 "Negotiations about Iranian Nuclear Program - Foreign Ministers and other Officials of P5+1 Iran and EU in Lausanne" by United States Department of State - https://www.flickr.com/photos/statephotos/16790680599/. Licensed under Public Domain via Wikimedia Commons.

I have a theory about this Iran nuclear deal.

It’s not about the bomb. It’s about the sanctions.

The Obama Administration, by relaxing the tough sanctions on the Persian regime, is basically declaring peace with the Iranians.

For the Israelis and the Saudis, who are fighting proxy wars on several different fronts throughout the Mideast against Iran, this is tantamount to a mass betrayal.

We are avoiding war but our allies can’t.

The sanctions have hurt the Iranian people. They have stunted the growth of their economy. They made it more difficult for the Iranian armed forces to get cash to buy conventional weapons.   They delegitimized the government in the eyes of the people.

In other words, the sanctions worked as a weapon in this shadow war between the Jews, the Sunni and the Shia.

The problem for the Obama Administration is that the sanctions only worked as long as there was a grand coalition that was willing to enforce it. And that coalition was fraying.

Sanctions are hard to enforce over the long term because the free market is hard to control. People want to do business. Iran has a lot of oil, which is attractive to the Europeans.

Think of Cuba. It’s a relatively small country and yet the pressure to lift the embargo that came from the American business sector was intense, intense enough that Republicans joined with Democrats to approve some limited business interaction as long as a decade ago.

Of course, the Israelis don’t have any interest in the Americans becoming basically neutral in their proxy war with Iran.

The Obama Administration has been pretty hostile to Israel and Benjamin Netanyahu, much more hostile than I thought was possible.

That hostility has led several leading Jewish billionaires to actively and aggressively support Republicans in the Congress and in the Presidential field.

The Jewish vote in America isn’t very big but it is very influential.   And it has usually been reliably Democratic in its leanings, socially progressive and usually opposed to the Christian conservatives who make up the bulk of the Republican Party.

But the more Orthodox Jewish Democrats have steadily migrated to the GOP, not only with their votes, but also with their campaign contributions. And big money men like Sheldon Adelson have become hugely influential in the Republican Presidential primary. The Sheldon primary seems to every bit as important in a Presidential campaign as the Iowa straw poll.

America’s support of Israel used to be a thoroughly bipartisan affair, but as we saw with John Boehner’s invitation to Netanyahu to address a joint meeting of the Congress, that bipartisanship is fraying.

President Obama sees the deal with Iran as an important achievement for his legacy, as does John Kerry.

But it’s hard to see how this deal passes muster with the Congress.

Much will be said about how Iran will soon get access to nuclear weapons because of this deal. That may or may not be the case. I don’t know.

But what I do know is that this deal relaxes sanctions against the Iranian regime.

That is what concerns Netanyahu the most.

No matter what deal John Kerry came up with was not going to be good enough for the Israeli Prime Minister, because he didn’t want any kind of deal.

He wants help in his proxy war with the Iranians. Relaxing the sanctions makes his situation worse not better.

It would have been far better had Mr. Obama tried to reach a general peace agreement that included both the Israelis and the Saudis, but he decided to go down a different path, basically excluding them for the deliberations.

And so, they will do their best to get Congress to kill it. And they might be successful.