More Than A Glancing Blow 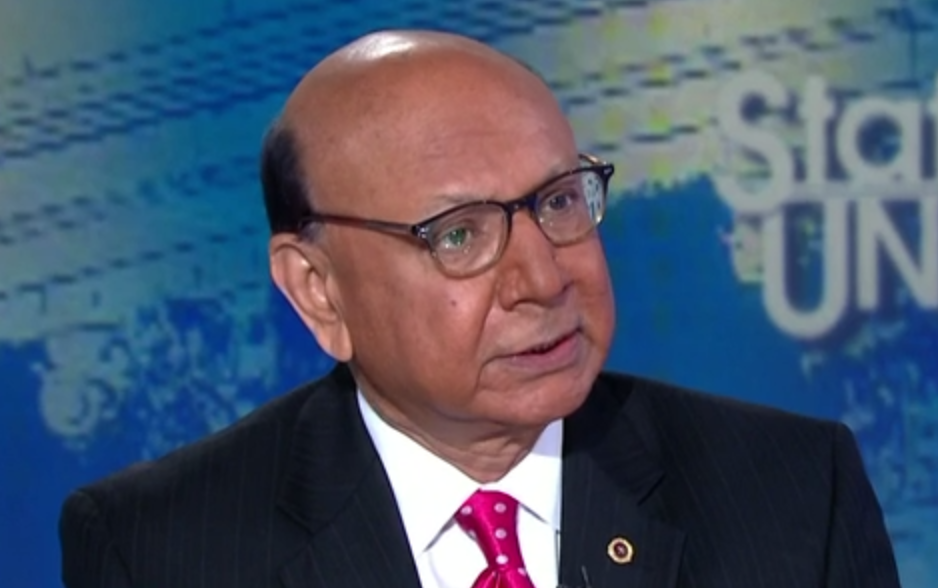 The parents of two American heroes give personal testimonials at two different conventions.

One hits the mark.   The other lands only a glancing blow.

The results speak to the quality of the two competing Presidential campaigns, the built-in bias of the national media, and the personalities of the two candidates.

At the Democratic Convention, Khizr Khan, whose son died in Iraq twelve years ago, said, “Donald Trump consistently smears the character of Muslims. He disrespects other minorities, women, judges, even his own party leadership. He vows to build walls and ban us from this country. Donald Trump, you are asking Americans to trust you with our future. Let me ask you: Have you even read the US Constitution? I will gladly lend you my copy…Have you ever been to Arlington Cemetery? Go look at the graves of the brave patriots who died defending America — you will see all faiths, genders, and ethnicities. You have sacrificed nothing and no one."

On its face, you would think that Trump would have the stronger political argument.

Clinton actually did have operational control, as Secretary of State, over Libya, where Smith died. Her Obama Administration colleagues did spin the Benghazi attack as being caused by a provocative video that was produced in America in an effort to deflect from the truth that is was another terrorist attack.   She did have a responsibility to reach out to Smith and try to be responsive to her needs, which she apparently failed to do.

Trump, on the other hand, had nothing to do with the death of Humayun Khan. Trump may or may not have initially come out against the Iraq War, but by the time Khan was killed, he had expressed his misgivings with it. In any event, Trump was a private citizen, and so he had no connection to Khan’s death whatsoever.

Smith was making an argument against Clinton based on her actual conduct. Khan was making a political argument based on Trump’s campaign.

Why was Khan’s speech effective while Smith’s ultimately failed?

The reaction of the two candidates had a lot to do it with it.

By ignoring the attack, Clinton allowed her allies in the media to be the ultimate arbiters of whether it was legitimate or not. And the media almost uniformly gave Smith a thumbs down.

Trump, on the other hand, chose to engage personally. His response became the story. Getting in an argument with the grieving parents of a dead soldier is never good politics. When Cindy Sheehan attacked George W. Bush over the death of her son in the Iraq war, Bush basically ignored her. But Trump didn't ignore Khan.  He engaged him and in the process, he lost a lot of ground.

Clinton was prepared for tough questions from Chris Wallace, and effectively answered the attacks from Smith as posed by the Fox News host.

Trump, who tends to shoot from the hip, was unprepared for the obvious question from Stephanopoulos question about sacrifice. I remember when my former boss, Denny Hastert, wondered aloud what John McCain knew about sacrifice when they were having a disagreement about tax cuts to pay for the Iraq War.

Voters hold military sacrifice in high regard, especially in an era when a relatively small percentage of families are bearing the overwhelming load of the burden.   There is no private sector parallel.

Trump also tried to portray himself as a victim. How dare Khizr Khan attack him? But when you enter the political arena, you lose your right to be a victim.   Hillary has grown as a candidate over the years. The days of complaining about vast right-wing conspiracies have given way to a grim acceptance that some people are just not going to like her.  When she was asked about Smith’s charges, she empathized with her loss and gently hinted that maybe Smith misremembered the conversation.

What Clinton understood is that she wasn’t going to score any political points by attacking her accuser. Trump, on the other hand, mistakenly believed that he could go on offense against a Muslim family that had attacked him in unambiguous terms at the convention. But he was wrong.

We shouldn’t ignore the media’s role in all of this.

They hate Trump and while they don’t particularly love Clinton, they are used to her.   Every utterance made by the New York billionaire will be used against him. Every statement he makes will be stretched to its most ridiculous point.

For example,  the media made it seem like Trump had seriously requested that the Russians hack into Hillary’s server to find the missing 33,000 emails. But that’s not what Trump was saying at all. He was making a ill-considered joke that perhaps the Russians could find what the FBI couldn’t.

Trump wasn’t going to get a pass on that statement though, unlike Clinton, who willfully misstated what the FBI Director had said about her email follies, making it seem that her malfeasance was okay with Mr. Comey. It certainly was not ok, but the media isn’t going to put that in bold headlines in every newspaper around the country.   They are too busy placing Mr. Trump under the bus to really notice.

Ultimately, it does come down to the candidates.

Mr. Trump is a rookie when it comes to political campaigns. He often has little feel for what would be a serious setback to his campaign and what is just another passing storm, raining a little dampness on his parade. Hillary is a seasoned veteran who knows how to avoid making bad stories worse and who knows how to use a friendly media universe to her maximum advantage.

Trump gets defensive and lashes out on Twitter. Hillary keeps her own counsel and relies on paid media for the bulk of her messaging.

It’s too early to tell if the Khan attack will be a game-changer, but one thing we do know. It was more than a glancing blow.