Missing the Point on Gun Control 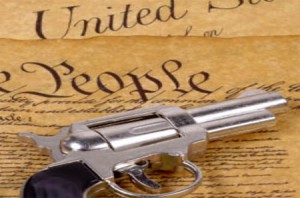 I am a comparative liberal when it comes to gun control.

Some of these folks want guns because they want to hunt.

But I bet a pretty big percentage want guns to give them a chance to protect themselves should criminals threaten either their physical safety or the safety of their families.

Chris Matthews asked me the other day why Tom DeLay defended Louis Gomert’s idea to have guns on the House floor. While I don’t support that proposal, I can understand why DeLay would.

I was in the same office suite that DeLay was in when the Capitol shooter came in and killed J.J. Chestnut and John Gibson. Had Gibson not shot him first, DeLay and many of his staffers (including me) would have been goners. DeLay, had he had a gun on him, would have had a fighting chance.

Personal protection is a real reason many people want access to guns. And while crime is down a bit, we still have one of the highest crime rates in the world. Among the developed world, the United States has the highest murder rate.

America certainly is fascinated with murder. Every day, murder stars in some television drama or another, be it Law and Order or C.S.I or a 48 Hour mystery.

And while that fascination might lead to a certain amount of paranoia, sometimes even paranoid people have something real to be paranoid about.

Now, owning a gun may not be the best way to defend yourself and it may increase the chances that a tragic accident may occur in your house, but that doesn’t change the fact that people who own guns feel that they are protecting themselves and their family from more than just the neighborhood bear.

And if you live on a ranch in Arizona, chances are pretty good that you are going to have a gun.

This ain’t about Bambi. This is about protecting the family. It might not be pleasant, but I think that is a real issue that worries law-abiding gun owners in this country. And that is the issue that gun control advocates simply don’t want to acknowledge in this debate.