Life Is a Preexisting Condition 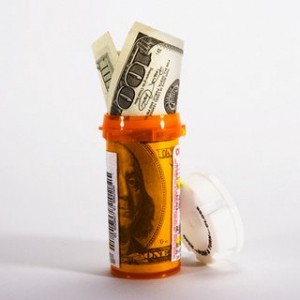 According the Obama Administration, pretty much all of us have a preexisting condition.

On the Washington Post’s Front Page, the headline screams: “Study: 129 million have preexisting conditions.” The story goes on: “As many as 129 million Americans under age 65 have medical problems that are red flags for health insurers, according to an analysis that marks the governments first attempt to quantify the number of people at risk of being rejected by insurance companies or paying more for coverage. The secretary of health and human services is scheduled to release the study on Tuesday, hours before the House plans to being considering a Republican bill that would repeal the new law to overhaul the health-care system.”

That second sentence caught my eye. Coincidence? I don’t think so.

The Obama Administration loves to bash health insurance companies rhetorically, just as it passes and then defends laws that seem to increase the market price of those same companies on Wall Street.

This “study” has rightly been called a PR stunt by House Republicans, because, well, it is a PR stunt. Had the analysis said that 20 million or 30 million had preexisting conditions, it would have been more credible. 129 million? Well, that is lurching into the land of farce.

129 million people under the age of 65 covers just about everybody. If that were the case, there wouldn’t be a health insurance market, nobody would get health care and the world would end as we know it.

This study doesn’t address any of those concerns. It simply tries to change the subject by scaring most voters. House Republicans are doing the right thing trying to end this law instead of mending it. Let’s hope they are successful.