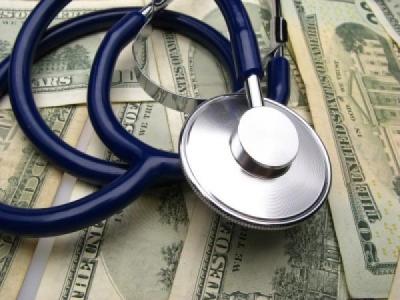 I love that commercial where a bunch of small business executives are sitting around the table trying to find budget cuts, when the CEO says, “we aren’t leaving until we find the savings,” and a woman says under her breath, “can they really do that?”

We need a Medicare Commission where the members are forced to stay in the room and figure out a compromise that passes both the House and the Senate.

In 1981, Ronald Reagan, with the cooperation of Tip O’Neill and Howard Baker, appointed Alan Greenspan to head a Commission that’s mission was to save a Social Security program that was about to go bankrupt.

Ball later told the New York Times that he thought all the hype surrounding the Commission was overstated: “In a sprightly account promoted by former staff members from both parties, Mr. Ball calls the Greenspan Commission a failure.” As he tells it, only a willingness to compromise by the two principal antagonists of the time — Ronald Reagan, the Republican president, and Representative Thomas P. O’Neill, the Democratic House speaker — made it possible for Mr. Ball and a few others to salvage from the deadlocked panel a deal that raised payroll taxes and trimmed benefits enough to keep Social Security solvent. “A commission is no substitute for principled commitment,” wrote Mr. Ball, who died two years ago at 93. He expected that growing deficits soon would spur talk of another such panel. “Above all,” he added, “we should not allow ourselves to fall into the trap of expecting miracles from another Greenspan Commission — by deluding ourselves into believing, mistakenly, that the first one was a great success.”
Fair point. Without political commitment and true leadership, no commission set up like the Greenspan Commission will work.

But what if the Commission were set up more like the Base-closing commission law. BRAC works like this: The commissioners agree on recommendations and those recommendations are submitted to Congress, where they are bundled into legislative language and fast-tracked for floor consideration. That kind of commission could work, as long as there were political commitment and real leadership from both the President and Congressional leaders.

The Social Security amendments gave neither side a clear victory. COLAs were delayed, taxes went up, the retirement age edged up, and the system was able to live on for another couple of decades.

The Social Security reform plan of 1983 was much like the Paul Ryan plan in a critical way. Most of the sacrifice in both plans hit young people or the unborn. I still don’t know why the baby-boomers, who did more to screw up this country than any other generation, get off scot-free, except for one very obvious reason: They vote.

It seems to me that this might be a good thing for Republicans to push for in exchange for an increase in the debt limit.