Women’s March 2017: A March Without Purpose 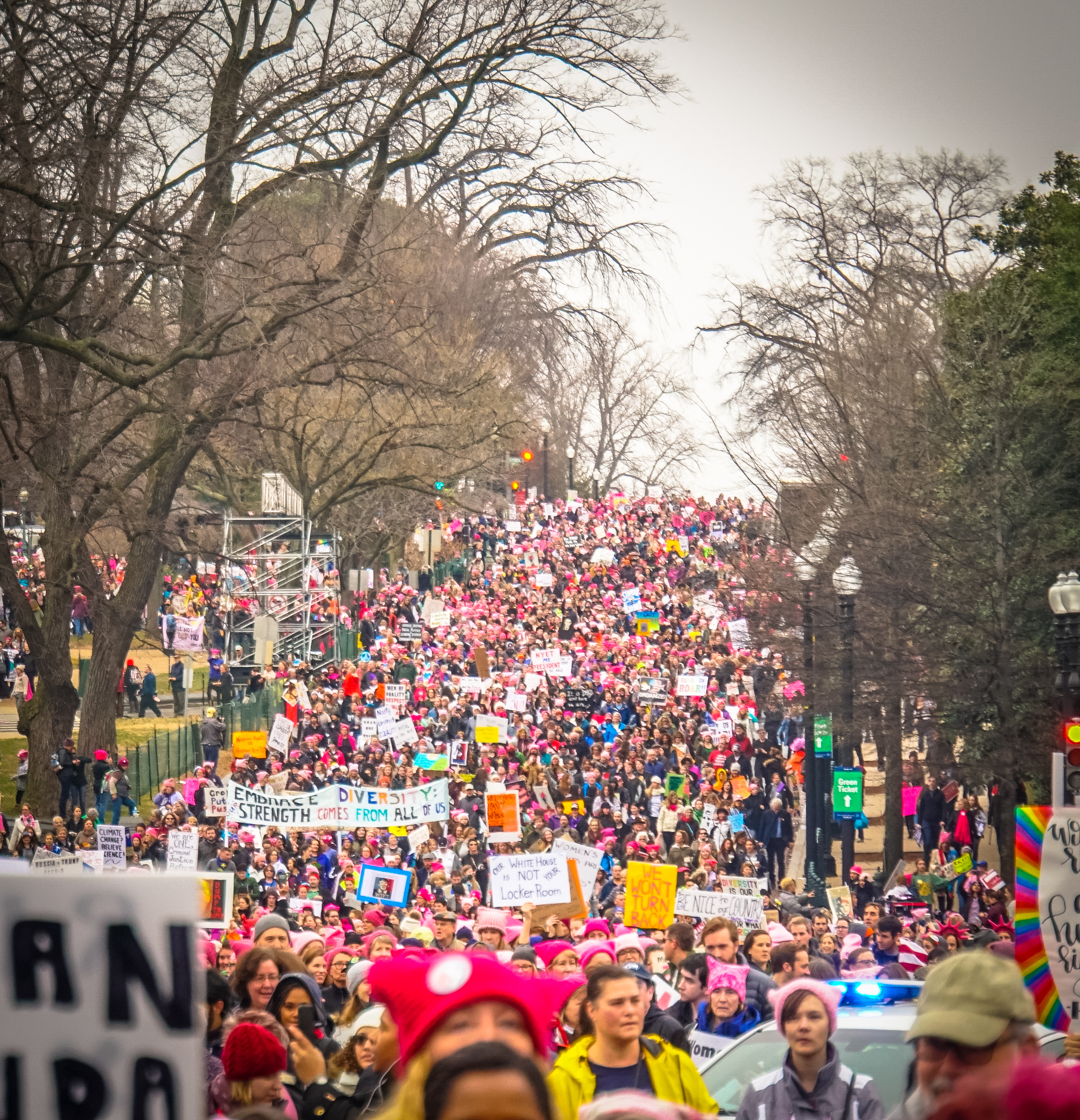 Also published in The Hill.

Women won the march. But their woman still lost the election.

I live on Capitol Hill, and believe me, there were a lot more marchers the day after the inaugural than Trump supporters the day of.

Women are good at organizing marches, and walks, and 5K runs. They showed it in spades by organizing millions of women around the world to protest Donald Trump.

One thing they couldn’t do is organize enough white women to vote for Hillary Clinton. Trump won that demographic by 10 points.

The reason why seems to be largely lost on event organizers.

Commentators talked about how peaceful the Women’s March turned out to be. Believe me, any anarchist who dared to screw around with these ladies would have been skinned and then trampled to death.

It may have been peaceful, but it was also profane. Madonna dropped the f-bomb several times during her eloquent speech where she mentioned that she thought about bombing the White House. Ashley Judd talked about Trump having wet dreams about his daughter. Try explaining that to your daughter. F%@k Trump and Make America Gay Again buttons were commonplace. This march might have been rated G, but if it were a movie it would have been rated R.

One friend of mine who brought his young son to the march had to finally have the talk about what an abortion actually is. I can only imagine how that conversation went. “Yes, son, it’s about ending the life a very, very young human being. Yes, that’s the right they are fighting so hard for.”

On a sidenote, we had fewer abortions in America last year than at any other time since 1974. The pro-life movement is having their march on Friday. They typically draw about more than a quarter of a million marchers every year, in weather that it is usually horrible. And they are winning the debate, in the hearts and minds of many Americans. Because the quiet persistence of the pro-life community.

I assume that many of the folks who marched on Saturday had already booked their tickets for Hillary’s inaugural, so convinced they were that she was going to win. And now, they are angry. Hell hath no fury, I guess.

Hillary didn’t win because she campaigned as Angela Merkel. Colorless, staid, in favor of open borders, bland pantsuits and the status quo. But she also campaigned as a niche candidate. She appealed to the Cher voter, to the BLM activist, to the hijab wearer and, of course, to the media elite.

Trump, on the other hand, campaigned as Silvio Berlusconi, a rich guy who dates younger women but promises to make his country great again. Sure, he might have some conflicts of interest, but, boy, is he fun to watch.

But Trump also campaigned to bring jobs back to America, to make America’s cities safe again and to protect our borders and to grow our economy. It was a real agenda and it resonated beyond the niches.

For the record, Trump is not going to ban the hijab. France is the only country that has banned hijab-wearing, and they have done it because Muslims in that country have harassed women who don’t exhibit enough modesty in what they wear in public.

Women can’t march in Riyadh without a hijab. But you can wear anything you want in America, including a costume shaped as a vagina. There were a lot of those during Saturday’s march.

The women’s movement has served an essential role in the progress of American history. And I appreciate why so many women have so many problems with Donald Trump.

But if you are going to have a march, march with a purpose. March for paid family leave, which is a worthy cause. March for better child care. March for better business opportunities for women entrepreneurs who are powering our economy.  March for peace. But don’t march merely because you are angry that your candidate lost the election. Figure out why she lost and then figure out how you can work with the one we have, whether you like him or not. And please, clean up your language. The kids are watching.