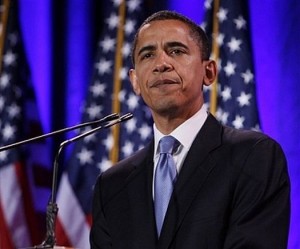 President Obama spoke from the heart last night, and it worked for him and for the country.

He made the intensely personal profound.

By highlighting first the lives of those who were killed in Tucson, he offered a glimpse into America’s collective soul.

One by one, he pointed out the unique contributions that each victim made to America’s social quilt. Civil-minded, church-going, optimistic, all of them lived quintessentially American lives. And none of them anticipated what would or could have happened to them that day.

That is part of what made the attack over the weekend so troubling for the rest of us. These folks were living the American dream. They weren’t off fighting wars or dealing drugs or engaging in risky behavior. They were going about their business on a Saturday morning, like we all do.

What could be more American than going to visit with your local representative, what better place to do it than at the grocery store? To have a mad man destroy that part of Americana is why we have all reacted with such emotion. It just doesn’t seem right.

The President seemed to get how we are all searching for answers about life’s meaning in the aftermath of this senseless attack, and he came up with a plausible way for us to help pick up the pieces.

Sometimes, the President’s self-reflection is annoying because he oftentimes makes it all about himself. This time, his self-reflection was spot-on because we all shared the same questions and the same doubts. Have we spent enough time with our aging parents or grandparents? Do we have the right priorities in our life? Do we treat our neighbors and our friends as well as we ought to?

Throughout the speech, the President talked obliquely about his own relationships with his mother, his wife and his children, but in doing so, he reminded us that we ought to spend some time reflecting about our own relationships with our family, friends and neighbors. It was good advice and comforting because, let’s face it, in times like this, we are all looking for answers.

The contrast between the President’s speech and Sarah Palin’s couldn’t have been more stark. The President looked, well, Presidential.

Palin may believe that she has been victimized in the aftermath of this tragedy, and maybe she has been unfairly targeted by liberal pundits. But this isn’t the time to play victim. There are real victims who need our attention, and Sarah Palin is not one of them.

Palin is emerging as the dominant GOP/Tea Party spokesman, mostly because the media loves her. That is not a good thing. John Boehner, as the House Speaker, has handled his first two weeks perfectly in the job, and I hope that eventually, he will be the one who determines the direction of the party. But as Joe Scarborough said a couple of weeks ago, somebody needs to start taking Palin on. She can’t be the lead spokesman for the Party if the GOP hopes to regain the White House in 2012. As her video showed, she is not ready for prime time (unless, of course, we are talking cable).

I have been a big critic of this President, as you all know, but I tip my hat to him this time. He gave an important and necessary speech, and he did it by making the personal profound.