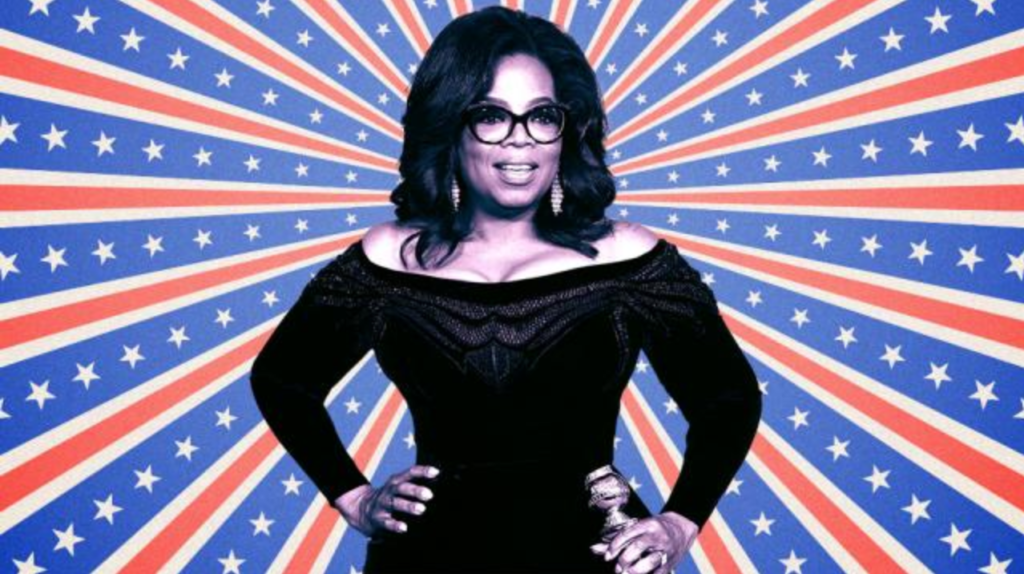 Oprah Winfrey created a social media firestorm when she addressed Hollywood at the Golden Globes on Sunday. Her best friend Gayle King got “goosebumps” listening to the speech. Her longtime partner, Stedman Graham, said she would definitely run for president if the “people” demanded it. And of course, the Twitter-verse has gone crazy in love with Ms. Oprah. That being said, I predict that Democrats will ultimately derail the Winfrey freight train. Here are my five reasons:

1. Oprah is a capitalist:  The current zeitgeist of the Democratic Party is driven by  Sens. Bernie Sanders (I-Vt.)and Elizabeth Warren (D-Mass.) and at its philosophical core, it bends socialist. Oprah Winfrey is perhaps one of the most successful capitalists in our lifetime. She has amassed a fortune by making savvy business decisions and by exploiting her winning personality to further her money-making capabilities.  Sure, Oprah is famous for giving back to her fans and the consumers of her products, but I betcha she takes maximum tax advantage every time she gives somebody a new car.  I don’t know how Oprah will be able to reconcile her desire to make money with the socialists in the party who want to take that money away from her.

2.  Oprah is not a politician:  The Democratic Party is a party of politicians for politicians. Party hacks like Nancy Pelosi and Chuck Schumer don’t like non-politicians coming in and telling them how to do their business. Republicans don’t mind it when business moguls run for office, because they basically adhere to a pro-business philosophy and they have long promised to run the government like a business.  But Democrats don’t share that belief. They adhere strictly to the seniority system in the Congress and while they sometimes get inspired by younger presidential candidates (Kennedy, Clinton and Obama), they still want them to understand the basics of the patronage system.

3. Oprah is not progressive enough:  Ira Madsen, a writer at The Daily Beast, put it this way: “Is it in America’s best interest for another billionaire to run for president? Oprah is a generous queen for sure, but let’s not pretend that her stepping into the White House would magically mean a new Pontiac arrives on the doorstep of every American who voted for her.” Sarah Jones, who writes for the New Republic, tweeted this: “Anyone who sincerely thinks Oprah should run for president ought to be banned from writing about politics, or from working in it, for life.”  Nathaniel Diorio, another progressive, tweeted this:  “Oprah is not qualified to be President. Just because Republicans have thrown standards out the window doesn’t mean Democrats should as well. Dems should squash this ball before it gets rolling.”

4. Oprah transcends race; Democrats exploit it: I remember watching Oprah Winfrey as she rose up the ranks to become a media superstar in my hometown of Chicago. Her appeal was not race-based. It was universal. She won over the viewers by listening to their concerns, understanding their plight and coming up with attractive ways to make her audience feel better about themselves. And that audience was middle-class white women. Unlike Barack Obama, who came from a biracial family but made a conscious decision to identify himself as a champion of black America, Oprah consciously made her media fortune by identifying herself with her fan base, which was primarily white America. Will she have the stomach to play the bitter identity politics that is now the well-worn playbook of the Democratic left? I doubt it.

5. Oprah is a billionaire: Most Democrats who run for president get wealthy only after they win office. She would be the richest Democratic nominee since Jack Kennedy (not counting John Kerry, who married into his wealth after he was in office). How can the party who so actively advertises its hatred of rich people actually nominate a billionaire? It can’t and it won’t. Sorry Oprah. If you want to run for president, you should think about succeeding Donald Trump on the GOP ticket. He’s a big fan of yours, by the way.