Trump, Not Stephen Miller, Should Run the Point On Immigration 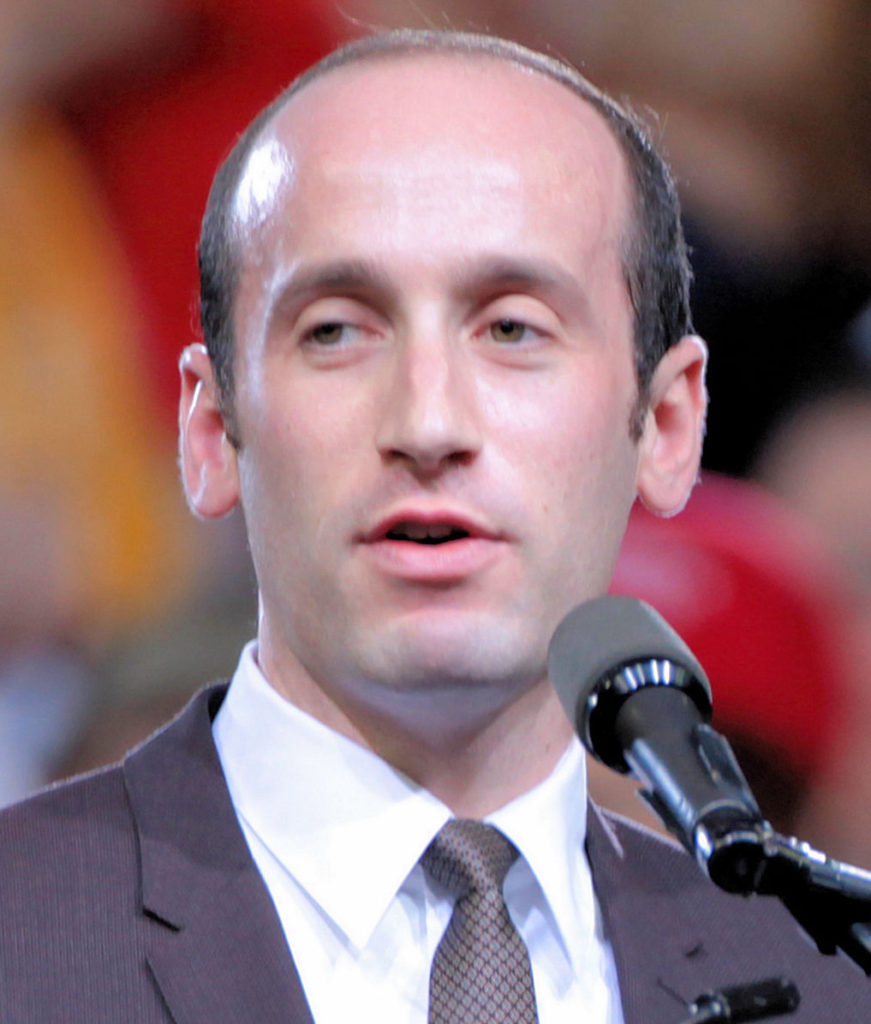 Who is running this White House, Stephen Miller or Donald Trump?

When Donald Trump allowed the media in to watch him talk candidly with Republicans and Democrats about how to fix our broken immigration system, it was the best moment in his Presidency.

He came off reasonable, compassionate, solicitous, open to compromise and willing to negotiate.

In other words, he looked Presidential.

From all reports that I have heard from my friends who work on the Hill, this is how he usually operates when he isn’t tweeting something that blows the minds of the left and the last remaining brigades of the Anti-Trump regiment.

Donald Trump promised to do two things in his campaign for the White House.  He promised to fix our broken immigration system and he promised to grow our economy.

Those issues are profoundly linked.

A big beautiful Game of Thrones Border Wall is not necessary to secure our Southern Border.   You need some enhanced border security, no doubt.  You need additional border patrol agents.  You need drones and satellites and horse-backed riders.  In some places, you need a tall fence and in other places, you don’t need a fence at all.

But you also need a commitment to enforce the laws that are already on the books.  You need to punish employers who illegally exploit illegal aliens.

Give legal status to folks who are have been here for a while seems to be both humane and good for American society in general.

But to get that legal status, they have to pay a fine (and maybe that fine should include a surcharge for the wall).  And give them a timeline.  If for those refuse to become part of the legal immigration system, round ‘em up and ship them out.

The President caused a stir when he decided to end a temporary program that the Left assumed was permanent.  The temporary program allowed refugees from El Salvador who came to America after an earthquake hit there in 2001.  That’s a long time ago.

El Salvador, by the way, is the birthplace of the notorious criminal gang, MS-13.  MS-13 has infiltrated many schools here in the DC area, and has been responsible for many high profile murders.

I am with the President.  I don’t want MS-13 here.  And if some El Salvadorans have to go back home to El Salvador because a temporary program is now indeed been deemed temporary, that is fine with me.

Now, some on the left will decry this position.  How dare you send these people back to the country that is the birthplace of MS-13? Who brought MS-13 here in the first place!

This is my response.  We don’t want MS-13 here in America.  Get these gang bangers out of this country.

If somebody can prove that they have a job and can make a positive contribution and that they have absolutely no affiliation with MS-13 or any other gang, then fine, give them legal status as part of a bigger immigration deal, which includes greater border security, greater interior enforcement, greater protections for American workers, and a strict requirement that American business can’t hire illegal aliens, but make them pay a portion of their registration fee to help pay for the Wall.

We can be compassionate, but we need to be smart.

We also need more workers who have legal status in this country.  Because we can’t grow the economy without more workers.

So let’s fix our immigration laws by making sure we attract talent who can contribute more to our economy.  We need that talent.  We need hard workers.  We need people with skills.

What we don’t need is some liberal-inspired diversity lottery system that fits into some professor’s dream world.  What we need is folks who will come to America and make this country great again.

We won’t get there by allowing Stephen Miller to make outlandish demands that will scuttle any deal to fix our broken immigration system.

President Trump has the right instincts on this.  Yes, we need a wall.  Yes, we greater enforcement of our immigration laws.  Yes, we need to take care of the Dreamers, especially those Dreamers who are already making a substantial contribution to our national economy.  Yes, we need to end temporary programs that we never meant to be permanent.  Yes, we need to kick the drug-traffickers and MS-13 gang members out of this country.   And yes, we need to get legal status to those who have been here for a while and are vulnerable to being exploited by unscrupulous employers.  Legal status leads to higher wages for everybody.

Let Trump be Trump on immigration.  He knows what will work because he has run a business and knows the importance of legal immigration to this country.  He’s the President.  Not Stephen Miller.