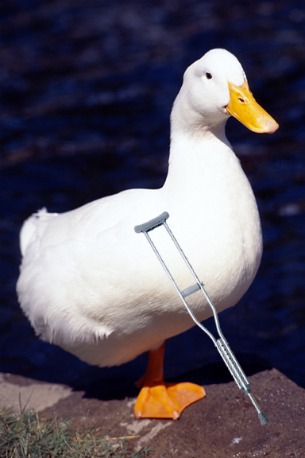 (Published in The WSJ)

There are many reasons “lame-duck” sessions of Congress have that name.

Departing lawmakers don’t want to interrupt their various job searches to do the bidding of their soon-to-be-former constituents. The president generally has given up on trying to burnish his legacy and wants to get on with his life. The incoming administration is trying to get its act together. And the congressional leadership is trying to fend off any challenges and otherwise preparing to either counter the new White House or align their objectives.

In other words, nobody wants to do the work that they know they have to finish.

House conservatives are especially exercised about the prospect of a lame-duck session this year and have threatened to somehow derail a budget deal that would keep the federal government open while members go off and campaign for their re-election.

But Freedom Caucus members have nobody but themselves to blame for the state of annual funding bills. Senate Majority Leader Mitch McConnell and House Speaker Paul Ryan wanted to move quickly to pass a budget resolution at the beginning of this legislative session and then move all 12 bills in both chambers.

Conservatives stymied progress on the budget because they wanted to show their constituents how fiscally tough they could be.

The predictable result is the current mess: No appropriations bills sent to the president for his signature, the prospect of a continuing resolution to keep the federal government open–and, in all likelihood, an omnibus spending bill at the end of the year.

Conservatives have a choice. They can push for a government shutdown, which would hurt Republican candidates up and down the ballot, heightening the chances of a Hillary Clinton victory, or they can support or a short-term continuing resolution that pleases nobody but gives Republicans an even shot at winning the White House and keeping control of the Senate.

The prospect of legislation getting larded up in lame-duck session is said to have energized some conservatives in opposing such a session this year. There is also the prospect of the Trans-Pacific Partnership trade deal again being raised. But TPP will be as dead after Election Day as it is before. Nobody has any interest in taking on this trade agreement this year.

Republicans’ choice is pretty clear, if grim: Shut down the government and all but give the White House to Hillary Clinton, or pass a short-term continuing resolution and give Donald Trump a chance at victory.