If you can’t stand the heat … 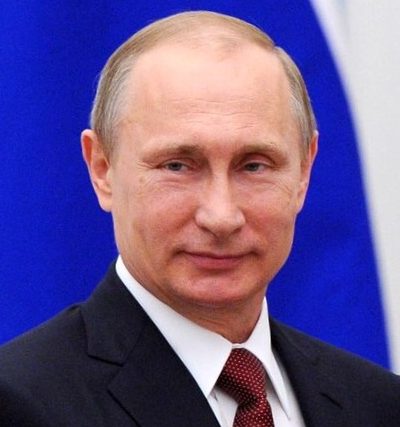 Ronald Reagan chopped wood and rode horses to prove he had the strength and vigor to do the tough job of being president.

Barack Obama plays basketball and is a golf fanatic.

Jack Kennedy hid the fact that he had a bad back, for which he took pain killers, and talked about his war record.

Al Gore consulted Naomi Wolf to see how he could be a more macho figure to appeal to female voters, and she’s said to have advised that he wear more earth-toned clothes.

American voters want their president to be strong and to be healthy enough to do the job.

This year, their choice is between a guy who makes it a thing that he consumes fast food like it is going out of style and a woman who hides her walking pneumonia from the media and has alarming coughing fits that stop press conferences.

Vladimir Putin and his relationship with our presidential candidates have been in the news lately. He’s the guy who likes to release pictures of himself barechested astride a horse. The Russian president also plays hockey and is guaranteed to score a hat trick no matter who he is playing against.

Putin might be a latter-day czar, but he gets that his people want a tough guy as their leader. And he aims to please.

President Obama is no tough guy. He thinks he is better than that.

His foreign policy was once described as leading from behind. There are pictures of Obama bowing down low to the king of Saudi Arabia. He is noticeably passive when it comes to resolving issues like Syria.

The new president of the Philippines called him a son of a bitch, and Obama met with him anyway, despite initially canceling the visit. The Chinese gave his entourage a hard time when he arrived there last week and he did nothing about it.

You could imagine if Putin kicked sand in his face that Obama would just turn the other cheek.

In the race to succeed him, the leading nominees are grappling with the Obama model and figuring out a way run against it.

Hillary Clinton is known as a hawk. She thought we should have gone into Syria. She initially voted for the Iraq War. The neoconservatives secretly appreciate that she will do their bidding for them once she wins the election.

Donald Trump, on the other hand, is running as a politically incorrect macho man, but his foreign policy is mostly non-interventionist. He now shares the Obama position about the Iraq War, a break with the Republican foreign policy establishment. He says we should “bomb the shit” out of the Islamic State in Iraq and Syria but otherwise stand down in our foreign entanglements.

In his rhetoric, though, Trump is the tough guy. He is one who doesn’t put up with sensitive people.

In between coughing fits, Clinton tries to be tough too, especially against her opponent. But it’s not abundantly clear that she can pull off the tough rhetoric. She comes across as strident. It’s not a good look.

Trump’s campaign has cleverly made a thing about Clinton’s health, and now it seems what was once a conspiracy theory is firmly grounded in reality. She is not healthy. She appears to have fainted at a ceremony marking the 15th anniversary of the 9/11 attacks. Her aides said it was hot, but 80 degrees with relatively low humidity is really not that hot.

Trump has promised to release a full report on his health as soon as Clinton releases hers. It should make for some interesting reading if either camp ever complies. These could be the two least healthy candidates in our nation’s history, which would be apt given that they are also the two least popular.

Another tough guy, Harry Truman, once said if you can’t take the heat, get out of the kitchen.

Trump, despite his love of Kentucky Fried Chicken and the Big Mac, is making the case that he can stand the heat. Can Clinton?