Florida Poised For a Rebound 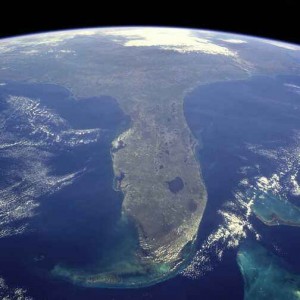 The first thing you notice when you walk into the Best Buy in Sarasota, Florida is how smart the employees are.  Bob, a former Marine and probably retired from something else, was a tech nut who knew all about televisions and could recite chapter and verse about the differences between a plasma screen and LED television.

Bob probably didn’t envision himself working at age 65 at a Best Buy, but in Florida – as in other parts of the country – getting a job wasn’t much of an option.  We didn’t talk much about his personal life, but my guess is that he saw the value of his nest egg go down and he decided that retirement was something to be put off later.

Bob’s fellow employees weren’t in his age bracket, but they seemed bright, motivated and well-educated.  They probably didn’t envision spending all that time in college to end up at Best Buy, but a job is a job when the economy sucks.

Florida has been ground zero when it comes to the lousy economies.  The real estate market is still in the doldrums after a terrible crash (talking about best buys, there are plenty of good deals to be had), and despite Florida’s many natural advantages, it still has a way to go before it starts feeling healthy again here.

You go in Publix, the grocery market, or Marshall’s, the discount clothes store, or just about any other service sector store here in Sarasota, and you are likely to find smart people working at jobs that are below their natural capabilities.  But what is bad for their long-term careers is good for folks who are shopping in those stores and also good for the companies that hire them.  When the job market sucks, the quality of employees goes up.  And when you have good employees in a store, performance goes up.  And when the performance improves, the company’s bottom line improves.  Hopefully, this will all lead to a better, more vibrant economy.

These folks aren’t spending a lot of time debating what is happening in Washington D.C.  To them, D.C.’s drama-filled non-sense is annoying and perhaps a bit disheartening.   But they are going on with their lives, working at their jobs, spending quality time at the beach and generally moving forward.

I have faith in Florida’s rebound.  It will take some time, but not nearly as much as people think.