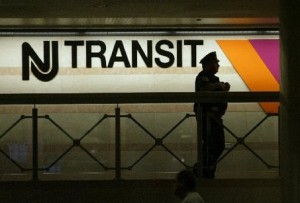 David Brooks had a good column yesterday about why New Jersey can’t afford to invest in a new tunnel to connect his state with New York (http://www.nytimes.com/2010/10/12/opinion/12brooks.html?_r=1&ref=opinion). Chris Christie, the unlikely rock star governor, says that the Garden State just can’t afford it, and if you take one look at its balance sheet, you know he is right.

New Jersey, like Illinois, California, New York and many other states that are dominated by the Democratic Party, can’t afford to pay for big projects because they are spending all of their money on their employees, many of whom no longer work for the state.

When you do that, you have hundreds of thousands of retirees who start a second career in their fifties, as they collect hundred of millions of dollars in benefits.

Sounds like a good deal, up until a state goes broke.

But still, because state employee unions tend to have very large political action committees, they fund only those candidates who pledge to continue to protect all of those benefits, no matter what happens to the state.

This breeds resentment at the local and state level, and that resentment has spilled out into Washington. Federal taxes, for about half the country, are really no big deal. In fact, that lucky half of the populace pays nothing in federal taxes. But they do pay, big time, at the local and state level. And as those taxes go up, and they go up on just about every product imaginable – from tobacco to soft drinks to cell phone to hotels to cable to airplane tickets to food to property taxes to environmental fees to anything else a politician can dream up – the taxpayers are getting a lot less for their money.

Taxes goes up, yet the states are still going bankrupt. And that is because entitlement spending on retiree benefits for state workers continues to rise. And they state employee unions continue to fund candidates who will continue to support the welfare state for state and local employees.

If you ask any Tea Party member what really angers them and they will probably say that they are sick and tired of getting ripped off by the politicians. But it isn’t just the politicians who are to blame. It is also the state employee unions. They are ripping off the taxpayers and we simply can’t afford to be ripped off any more.