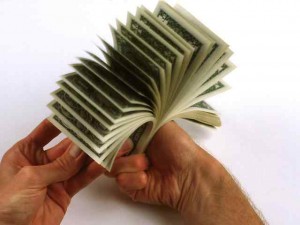 Earmarks are essential part of our Constitutional process.  For any member of Congress (House or Senate) to willingly give power away to the executive branch in such a haphazard way is troubling.

In 1215, a bunch of Anglo-Saxons forced King John to sign the Magna Carta, which required him to proclaim certain liberties, and accept that his will was not arbitrary, for example by explicitly accepting that no "freeman" (in the sense of non-serf) could be punished except through the law of the land, a right which is still in existence today in England.

Our version of the Magna Carta was the Constitution, which explicitly gives the power of the purse to the legislative branch.   Those Tea Party advocates who carry their copy of the Constitution in their coat pockets ought to take a look at Article One some time.   They spend so much time pouring over the meaning of the First and Second Amendment that they seemingly overlook the actual meat of the document.

That being said, the Tea Party and many others in the Republican base look at the earmarking process as some sort of corrupt act, as if bringing home a percentage of the spending that goes on in Washington is somehow unseemly.

And let’s not kid ourselves.  The earmarking process did lend itself to corruption.  One only need to follow closely the criminal case against Duke Cunningham to find that certain members of the legislative branch were getting away with simple thievery.

This is how the legislative branch works.  It is not a particularly elegant process (certainly not as elegant as a Monarchy, for example) but it works, because building consensus on how to govern this country takes hard work and sometimes, some additional resources.

Republicans have a simple choice.  They can accept spending bills that includes none of the spending requests (which have been banned) but does include all of the requests of Democrats everywhere.  Or they can refuse to pass any bills that include any earmarks, and then count on the President to sign a continuing resolution that keeps the government running at current levels.

We will see how long this ban lasts.

I hope the Tea Party advocates caught President Obama’s grin as he gladly accepted the Republican’s decision to give him and his party total control over spending this year.