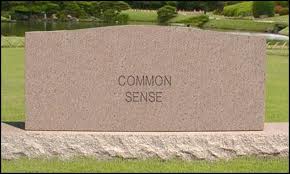 Several months ago, I wrote about a story about a little boy who was suspended from his grade school because he brought some toy soldiers into his classroom.

The reason? Because the toy soldiers had little toy guns.

It is that kind on insanity that is pervading the TSA and its efforts to keep weapons off of airplanes.

Now, I am all for keeping real weapons out of school classrooms and off of airplanes.

I want my flights to be as safe as possible. And I believe that we need effective security to make that happen.

What we don’t need is what is happening currently, naked body scans and full body searches.

Probably the safest airline in the world is El Al, the national airline of Israel.

If you have ever been on an El Al flight, you know how they take care of security.

They have highly qualified people asking questions of the passengers to find out if those passengers need additional screening.

They do this process so they can better target security risks.

What they don’t do is frisk 80 year-old white haired ladies. They don’t manhandle pregnant women or young children.

They use common sense.

They are not afraid to use some racial profiling. If somebody fits into their definition of security threat, they spend extra time making sure that person is not a security threat.

Not every American who comes onto a plane is a security threat. Members of Congress or Senators or sports stars are probably not going to hijack a plane. Same with old white ladies or young black children.

Janet Napolitano is taking some heat for refusing to bend when it comes to the full body scan. She is taking more heat for the full cavity searches employed by some of these TSA agents.

She should take the heat. The TSA agents are not to blame for the unpopularity of the new procedures. They are just following orders.

The person who is giving those orders deserves the blame, and that person is Janet Napolitano.

Flying is unpleasant enough. The airlines have gone out of their way to make the flight experience as rotten as possible. They charge outrageous fees for luggage, and then make it nearly impossible to bring luggage on board. They charge you more if you want to sit on an aisle. They charge you ridiculous prices for inedible snacks.

And now Janet Napolitano is foisting the ultimate indignity. She is refusing to bring a scintilla of common sense to the security process.

America can’t prosper without some common sense. I wish the government would stop trying to snuff it out entirely.