Don’t Cry for Me, Argentina 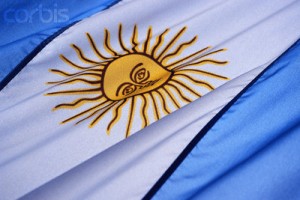 Eric Cantor pulled out of the Vice President’s debt talks the other day, convinced that the Democrats were leading him down a politically unsustainable path.

Republicans don’t think revenues are a problem (a debatable proposition), and the House Majority Leader certainly doesn’t want to be tagged as a tax increaser. That is bad politics for the GOP and dangerous politics for him.

It has been openly acknowledged that Mr. Biden and Mr. Cantor were only going to be able to run this race to a certain point, and at some point, they were going to pass the baton to the President and the Speaker.

I still believe that it makes far more sense to have the Senate go first. But I look at this only from the position of trying to get it done, not trying to accomplish some ideological victory.

Debt limit votes are to be endured. They are not venues to declare victory or defeat.

The Argentinians have an interesting story to tell when it comes to debt limits. About a decade ago, they defaulted on their debt, causing turmoil in the financial markets and misery within their borders.

Because they defaulted, they haven’t been able to get financing from the International Bond Markets ever since. No capital means no capital improvements.

Luckily for them, they still have their own currency, and they could devalue it enough that they could somehow figure out a way to make their export industry competitive.

The Argentinians have not completely recovered (there are still a lot of hard feelings out there), but they are making a comeback, mostly because their agriculture sector is absolutely killing it in this era of higher commodity prices.

Should the U.S. decide to default on their loans, they too won’t make their creditors very happy. The Chinese, for example, would be really, really pissed.

And the resulting economic turmoil would be really bad for the rest of the globe (and for retirees, who would find that their retirement nest eggs are comparatively worthless).

Argentina may be on the road to recovery, but should American policy makers decide to follow the Argentinian model, the results would be far different.

We are still the number one economy in the world, and the global leader in so many important fields (military, technology, social networking, airplanes etc), that should the American government decide that default is a good option, it would create an economic depression that would take decades to recover from.

Argentina is still not really welcomed in the secret club of real economic powers. It still can’t raise money in the private bond market, despite the fact that it actually pays its debt back to the IMF. It is a financial black-sheep and deservedly so.

Evita Peron may have once sung “Don’t Cry for Me, Argentina”, but should the Americans follow the Argentinian model, we will all be crying, and not in honor of Evita Peron.