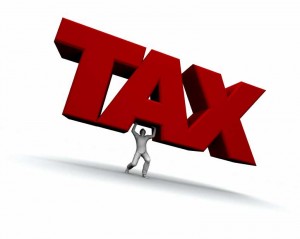 Ben Franklin was the one who first said that the only inevitable things in life were death and taxes.

These days, the same could probably be said for debt and taxes, but that doesn’t mean that the debt limit should include tax provisions. Here are seven reasons why:

Raising taxes during a slowing economy is bad policy: The economy is in danger of backsliding into a recession. There are more signs of a double-dip than there are in a Baskin-Robbins. Democrats seem intent on raising taxes on rich people, but right now, that could take money out of the private marketplace, inhibit investment and push our economy off the cliff.

The Republicans won’t, because the Democrats didn’t: Six months ago, with overwhelming majorities in the House and the Senate, the Obama administration decided that the Bush tax cuts they hated so much were good enough to extend for two more years. It is awfully hard for the president to make the case that the policies he put into place only half a year ago are now null and void. It strains credibility for the president to ask Republicans to raise taxes when he wouldn’t do so when his team ran the Congress.

Taxes are going to go up anyway: There is no imperative to raise taxes, because under current law, they are to increase in a year and a half. Why make members of Congress walk the plank on an unpopular effort to raise taxes when they don’t have to take that vote?

The American people don’t want a tax increase to pay for more Washington spending: This might seem trivial, but most voters think that they pay too much in taxes and that Beltway politicians waste their money. Now, they are all for tax increases on the rich, but any tax increase worth its salt would have to hit the middle class if it were to have any effect on revenue. The people don’t want it, so the politicians probably won’t do it.

Tax increases now will hurt tax reform later: Further tinkering with the tax code now will decrease the likelihood that wholesale tax reform will take place. Pressure is increasing to fundamentally reform the code. Corporate tax rates are making us less competitive. AMT rates are hitting middle-class wage earners hard. Half the country pays no federal income tax. The time for reform is coming quickly, and the expiration of the Bush tax cuts is the perfect time to move on that agenda. Including it in the debt talks will only delay reform.

There is no consensus on what a tax increase is: The Senate debate over the ethanol subsidy has put a spotlight on a real problem in the tax code. What provisions are tax breaks, and what provisions are tax expenditures? Getting a break on a tax is one thing, but getting actual money from the government through the tax code is something else. There are plenty of examples of the government giving people and industries welfare through the tax code. That is why a huge percentage of the American people get more back from the government than they actually put in. None of this will be resolved in the next month, but if we want to have a tax code that actually collects revenues, we have to get rid of the tax welfare.

Tax increases won’t pass the House or the Senate: And then there is the reality of the situation. There is no appetite to vote to raise taxes. Not going to pass, so let’s move on.

Tax reform is too important and too complicated to include in a discussion on our debt limit. The president and the Congress should first decide how to get government spending under control before turning their attention to the mess we currently call the tax code. Debt and taxes might both be inevitable, but it doesn’t mean they should be intertwined in a package to increase the debt limit.