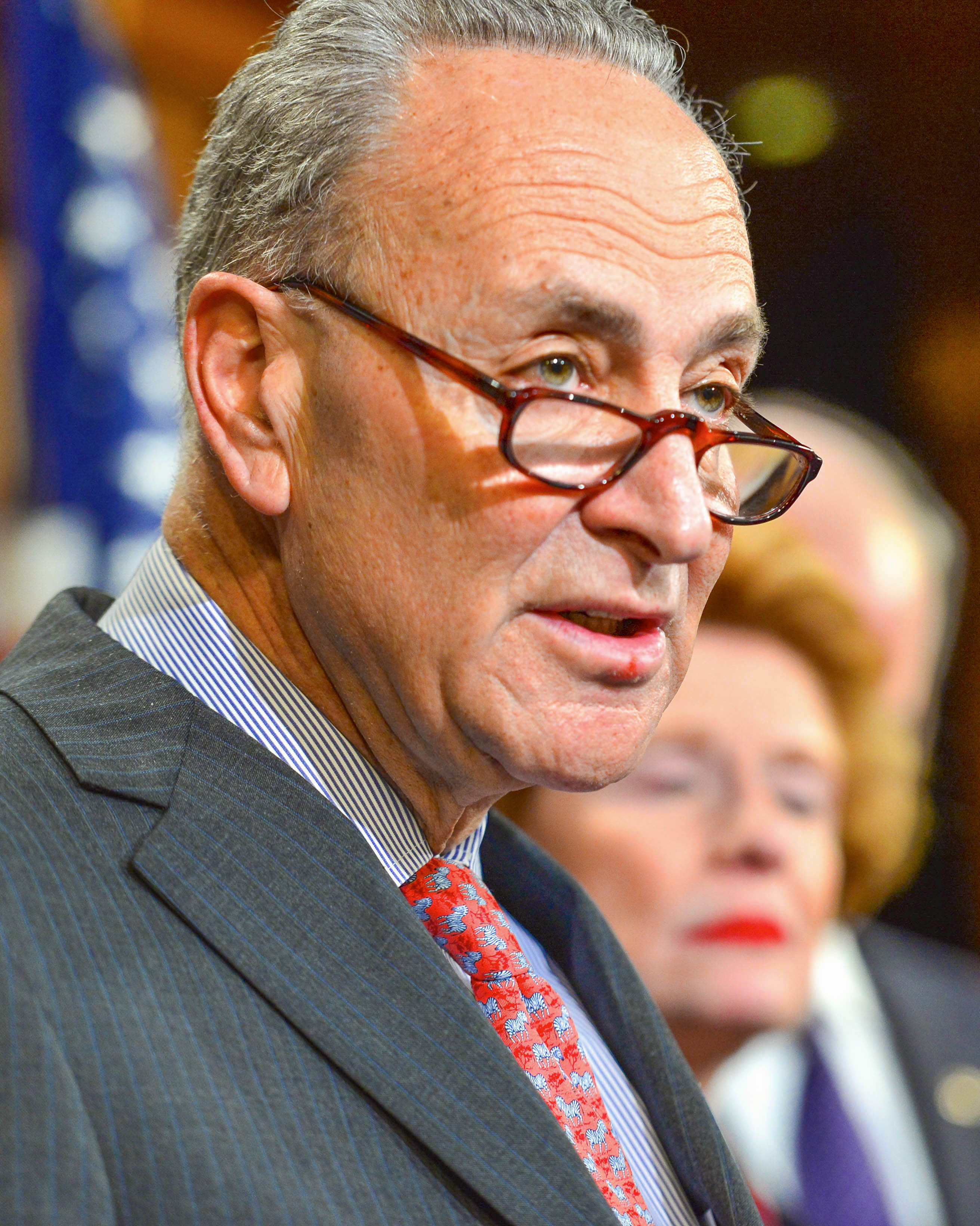 Over the next several months, congressional Democrats have several leverage points where they can score legislative victories on behalf of key constituencies. Or they can do nothing and hope that the ensuing chaos accrues to their benefit.
The choice is not an easy one.

Unlike former President Obama, our new president is not very ideological. He wants to cut deals, and he can just as easily cut deals with Democrats as he can with the House Freedom Caucus.

There is intense pressure on Senate Minority Leader Charles Schumer (D-N.Y.) to not bargain with President Trump on anything. Most liberal activists see him as a dealmaker not to be trusted with progressive priorities. And they are holding his feet to the fire, making it harder for him to move to the center, where he can protect nine of his Democratic colleagues who live in states won by Trump.

House Minority Leader Nancy Pelosi (D-Calif.) is not inclined to cut any deals because she is sympatico with the left on most issues, and she sees nothing in it for her to help bail out House Speaker Paul Ryan (R-Wis.). Her nature is not conciliatory, but confrontational.

On three particular issues, Democrats could use their leverage to achieve victories for their constituents.

On immigration, they could insist that in exchange for funding on a border wall, Republicans give permanent legal status to the so-called Dreamers, undocumented immigrants who were brought here by their parents at a young age.

On replacing ObamaCare, Democrats could insist on language to include free contraceptives for women or an expanded children’s health insurance program or a bunch of other asks to be named later.

When it comes to tax reform, Democrats could insist on a grand bargain that includes an expanded child tax credit or paid family leave or perhaps adds a trillion dollars in infrastructure spending, something that long has been part of the Democratic agenda.

Republicans will need Democratic votes to pass appropriations to build a border wall.  They certainly need the votes to get 60 in the Senate, and there is a high likelihood that the Freedom Caucus will take a walk in the House, making it important to get bipartisan support there.

Republicans will also need Democratic help to pass a replacement on the Affordable Care Act. Yes, Republicans can repeal ObamaCare with 50 votes thanks to reconciliation. After all, that’s how the Democrats passed it in the first place. But to replace it will require at least eight more votes, at least under current Senate rules. And that gives Democrats an opportunity to score some legislative victories, should they choose to go down that route.

And when it comes to tax reform, if Republicans want to make their changes permanent, they can’t use reconciliation. They may opt for reform that expires in 10 years, but that will be unsatisfying for a business community that makes investments on a far longer timeline.

For the first two years of his presidency, Obama didn’t need Republicans for many of his legislative items, such as the stimulus package, and frankly didn’t want to bargain with them. After getting his hat handed to him in the 2010 midterm elections, he didn’t have much leverage to achieve the rest of his legislative agenda.

The voters sent a message to both parties that they wanted Washington to drop the partisan gridlock and get stuff done to make America great again.

I don’t think congressional Democrats heard that message, though. I think, instead, they will do everything they can to stop the Trump agenda, even if by stopping that agenda, it hurts their own constituents.

Instead of using their leverage to cut deals and move the country forward, I think the Democratic leadership will choose resistance in the hopes that it will help them in the midterm elections. I hope the voters see through this cynical choice and punish the Democrats, especially those nine senators who live in states won by Trump who refuse to put progress ahead of politics.