Decision Points For the GOP Next Year 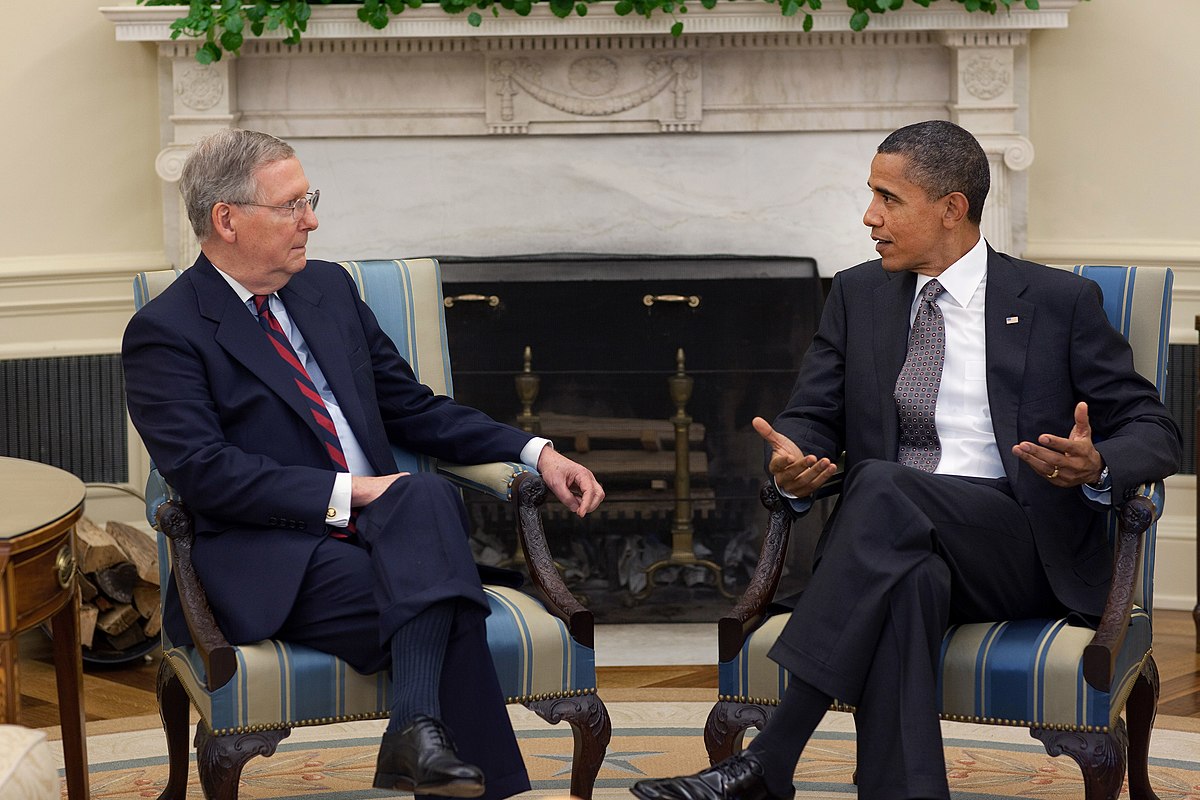 "Obama and Mitch McConnell" by The White House from Washington, DC - P080410PS-0912. Licensed under Public domain via Wikimedia Commons.

Congressional Republicans have some big decisions to make when they gather to plot their strategies to take on President Barack Obama and to accomplish some things with him. Getting legislation to the president’s desk is harder than it sounds. They have to overcome objections from Democrats, of course, but also from within their own disparate caucus. Here are a few of the big issues:

* Obamacare: Clearly, repealing the president’s signature legislative achievement is one of the first things Republicans aim to pass out of the House and the Senate. But how? Will they be forced to use the budget reconciliation process, or would Democrats allow a full vote on repeal on the Senate floor? Will Republicans offer alternatives as they seek to repeal Obamacare? Will we have to endure another government shutdown? (Sen. Mitch McConnell is saying no, but Sen.Ted Cruz seems to say maybe.) Will Republicans repeal just the parts of the Affordable Care Act that are unpopular, or will they go for the whole enchilada, even the policies that voters like (such as requiring coverage for people with preexisting conditions)?

* Budget: With two very conservative chairmen coming in (Tom Price in the House and Jeff Sessions in the Senate), Republicans are all but certain to push for an aggressive budget resolution. Will they try to balance the budget in five years? Will they take on reforms to entitlement programs? Will they increase revenue? What kind of reconciliation instructions will be included? Will they be able to do a budget at all? And the coming budget vote-a-rama could make it impossible for the 10 blue-state Senate Republicans up for reelection in 2016 to survive the expected onslaught of 30-second ads; will those blue-state senators say “Thanks, but no thanks”?

* Tax reform: Republicans and Democrats are talking past each other when it comes to corporate tax reform, but they are also largely saying the same things. We need to fix our tax code so American companies don’t leave the United States. Can corporate tax reform be done without individual reform? Can rates really be flattened without hitting some sacred cows? Paul Ryan is expected to be the next House Ways and Means Committee chairman–assuming he doesn’t leave to run for president–and Orrin Hatch (who already ran for president) the next Senate Finance Committee chairman. They have a good working relationship, but can they craft a bipartisan bill that the president would sign?

* Immigration reform: House Republicans decided to kill the bipartisan bill that passed the Senate last year because it become too politically toxic with their base. Will they decide to move forward on a bill in Congress’s next session? Will the House go first this time? Will they do the step-by-step strategy outlined by Speaker John Boehner, or will they stick with a border bill, or attempt something more comprehensive? What would they do with the 11 million undocumented people who are already here? Would an executive order from the president drive Republicans to action–or would it just drive them crazy?

These issues and many more will be hashed out at Republican planning meetings expected to occur early next year. None of these is an easy call. That’s why, I guess, Speaker Boehner and the incoming Senate majority leader, Mitch McConnell, get paid the big bucks.