Crazy is as Crazy Does, to Paraphrase Forrest Gump: Bill Clinton on Healthcare 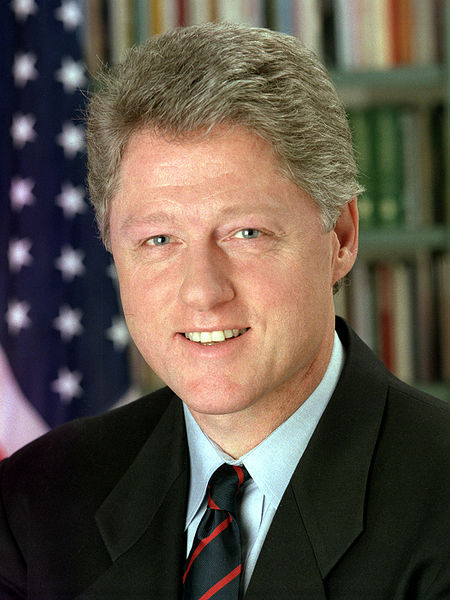 (This originally appeared in The Political Storm)

Bill Clinton is not crazy, although his comments about President Obama’s signature legislative achievement might seem to indicate that he is.

Clinton called Obamacare the craziest thing he has ever seen. I’m sure that’s hyperbole, because if you are Bill Clinton, you have seen some crazy things in your life.

But he is right about the failures of the Affordable Care Act. They are epic. It’s somewhat surprising that it hasn’t become a bigger issue in the campaign, but the sad fact is that the media would rather talk about how Donald Trump has insulted Kim Kardashian than about the problems facing small business owners who can’t afford Obamacare.

Clinton himself put it pretty well.

“The people who are getting killed in this deal are small business people and individuals who make just a little too much to get any of these subsidies. Why? Because they’re not organized and they don’t have any bargaining power with insurance companies and they’re getting whacked…So you got this crazy system where all of a sudden 25 million more people have healthcare, and then the people are out there busting it, sometimes 60 hours a week, wind up with their premiums doubled and their coverage cut in half…It’s the craziest thing in the world.”

Obamacare’s problems go beyond the fact that small businesses are getting screwed. Of the nation’s 23 Obamacare exchanges, 17 have already collapsed. Premiums have increased by 50 percent in some states. More than 8 million people have been hit by penalties and soaring deductibles make it hard for middle class families to take advantage of whatever benefits there might be to the insurance programs.

Hillary’s response to this crisis caused by Obamacare is to dramatically increase the role of government in the delivery of health care in this country. This should come as no surprise.

Her first foray into public policy as a high profile political celebrity came in 1992, when her husband appointed her to lead a task force to deliver health care reform to the American people.

I worked for House Republicans at the time who were exposed to her basic philosophy about health care. The government is better at deciding the health care choices available to the people than the market was. And she set about constructing a monstrous government bureaucracy that would deliver health care to the people.

The plan was so poorly constructed that Democrats in both the House and the Senate rejected her efforts and it became a key issue in the 1994 campaign, which saw Republicans capture the House for the first time in four decades.

Obamacare, in all fairness, is Hillary-care light. It is a much more modest approach to the government’s takeover of health care than the Clinton effort. Hillary, if given the opportunity, would seek to increase, not decrease, the government’s role in delivering health care.

Ultimately, Hillary’s approach to this issue is not really that different from that of her chief rival during the Democratic primary, Bernie Sanders. If she had her way, she would be all for a single-payer system.

I am of the opinion that Democratic Socialists have wanted to undermine the marketplace to facilitate a government takeover of the entire system.

That seems to be the likely result when Obamacare eventually completely collapses.

Indeed, before leaving Washington to campaign, liberals in the Senate made clear that they believed the only way to save Obamacare was to add more government to the equation. Here is how Politico reported it:

“A liberal attempt to revive the so-called public option – a government-run insurance plan to shore up gaps in the Affordable Care Act – is opening old wounds between the Democratic Party’s liberal and moderate wings.

Thirty-three mostly liberal Democrats, including all the Senate leadership, have signed onto a nonbinding Senate resolution introduced last Friday to add the public option to Obamacare, arguing that it is needed to fix problems with the president’s signature health care law.

But missing from the list are vice-presidential nominee Tim Kaine and a half-dozen other moderates who face reelection in 2018 – when the map that favors Democrats this year will flip to favor Republicans.”

Obamacare and its future haven’t gone completely unnoticed on the campaign trail.

Politico Pro’s Morning Score reports that the ‘NRSC launched a new TV ad in Missouri over the weekend. “Extreme” – airing in the Kansas City and St. Louis markets, targets Jason Kander for his extreme policies and his full-throated support of Hillary Clinton. The National Republican Senatorial Committee is out with a new attack ad going after Democrat Jason Kander, calling him “too extreme” on Obamacare. “Premiums are skyrocketing. Medicare’s been slashed. Our seniors are paying,” the ad’s narrator says. “But Kander and Clinton didn’t think Obamacare went far enough.” The ad started airing over the weekend on St. Louis and Kansas City stations.”

Obamacare continue to be an issue in Senate races and sub rosa in the Presidential race.

And as an issue, it is not cutting well for Hillary Clinton or for the Democrats. What Bill Clinton is saying is not crazy. But it is crazy for his wife to double down on getting more government involvement in our health care system.