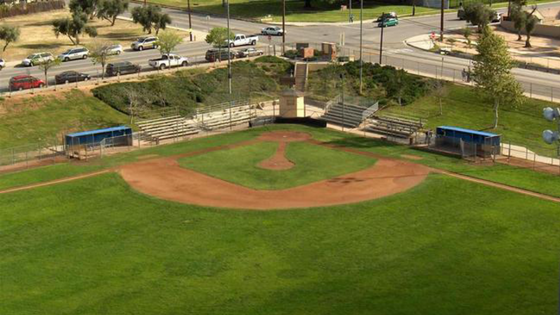 The House had just passed bipartisan health care legislation shepherded by then Chief Deputy Whip Denny Hastert, and he was walking back from a press conference in the House Gallery extolling its benefits.

An insane person, Randall Westin, stormed through the Document Door of the Capitol, shot Officer Jacob Chestnut in the head, took a left turn into the Office of House Majority Whip Tom DeLay, where he encountered John Gibson in a gunfight.

Gibson was shot and later died, but not before seriously wounding Mr. Westin.

I was in that office and heard those gunshots.  It sounded like we were being attacked by an army of terrorists (this was before 9/11).

I hid under my desk after locking the door in my office, thinking the desk would provide some protection from any stray bullets.

I actually had a conversation with Dan Rather from that perch.  I later learned that I wasn’t supposed to talk to the press about what had happened, but I figured that it was a good way to let my parents know that I was okay.

I still think of that day on occasion and about those officers who gave their lives to protect me and my colleagues and my bosses.

The Capitol police have a hard job to do.   And it is getting harder.

It’s not easy to defend the 535 Members and Senators of the United States Congress from the thousands of nut jobs who want to do them harm.

I remember reading letters, back when the Congress could get letters that weren’t irradiated or emailed, from crazy constituents.

You could tell that they were crazy by the way they addressed their envelopes or signed their names or wrote in the margins.

For members who have to talk to the public, this can be daunting.  Sometimes it’s hard to distinguish between the crazy crazy and the crazy sane.

It seems to be getting worse, too.

I talk to Members who encounter protests outside their office every day, who are tracked from trackers when they go to church or drop their kids off at school.

I tip my hat to Members on both sides of the aisle who put up with the crazy because they believe in public service.

They run for office, despite the guarantee that they will have every inch of their lives examined with a fine tooth comb.  They take a comparative vow of poverty because living in DC is expensive or if they don’t want to bring their families with them to DC, they sleep in their offices.

Their spouses have to put up with a ton of crap or have to basically give up their careers for fear of some imagined conflicts of interest.  That makes for a miserable existence for many families.

The Members of Congress who were out playing baseball at 7 in the morning in Alexandria, Virginia, were doing so because they wanted to add some fun to their lives and they also wanted to do some good for the broader community.

They were playing America’s greatest game (or at least practicing it)  because they wanted to win for their colleagues.  They also don’t want to embarrass themselves in front of a crowd of a couple thousand staff and lobbyists who watch the game every year.

The Congressional Baseball game is a tradition stretching back decades, started by a local newspaper called Roll Call.

My old boss, Bob Michel, used to pitch for the Republican team, and they used to win when he pitched.

It is unbelievably sad and frustrating that some yahoo would come to that practice with the intent of killing as many Republicans as he could shoot.

Thank God for the Capitol Police Officers who shot that fool to death before he could carry out all of his evil plans.

And thank God Steve Scalise was at the practice in the first place.  If not for him, and especially the security detail that he brought with him, there would have been a lot more carnage.

I know this latest attack will inspire a debate about gun control.  They always do.

I am not going to use this platform to engage that debate.

What I will say though, is that Members of the House and Senate have to do a better job of treating each other with respect.

Our democracy only works well when our leaders are leading by example.

They are all in this together.  Their words matter.  So does their service.

Let’s take it all down a notch.  And while we are at it, let’s appreciate those who serve the public, both in office and in law enforcement.