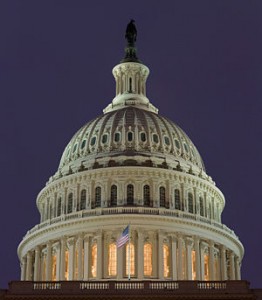 On July 24th, 1998, just as the House of Representatives concluded debate on contentious health care legislation, Russell Weston stepped into the Capitol building, fired a gun, killing Officer Jacob Chestnut. He then proceeded into the office of Majority Whip Tom DeLay, where he encountered Detective John Gibson. Gibson was able to wound Weston and stop him from killing others in the Whip’s office (including me), but not without sacrificing his own life in the process.

Weston was a deranged psychotic who held strong anti-government views. Perhaps because his target was a strong conservative leader, there was no deep concern at the time about the political rhetoric of the day. There was only concern about the alarming lack of security that surrounded the Capitol grounds, and about the fact that two brave men had given their lives in defense of their country.

The attack on Gabrielle Giffords brought back memories of that dark day thirteen years ago. Unfortunately for Giffords, she didn’t have security to separate her from a mentally unstable person who would target her for murder. She wasn’t in the Capitol. She was back in her district, doing the kinds of things that Members of Congress are supposed to do: Meeting with her constituents, answering questions and being responsive to their concerns and desires.

Some have tried to make the connection between the overheated rhetoric that surrounds political campaigns these days and this tragic shooting. Like many, I would like to see a more rational discourse in our political debates. I would like the American people to understand that as a nation, we face serious problems that require big solutions. I would like the debate to reflect the complexity and the nuance of the many complicated problems that require complicated solutions.

Sure, I would like us all to hold hands and agree to big legislative achievements, but I would like those bipartisan solutions to reflect what I think should happen, not what my friends on the other side of the ideological divide would want done.

America is facing some mighty big decisions about where it wants to go as a nation, and it is safe to say that there is no unanimity of opinion. That is why we have a political process, to work out those differences. And sometimes that debate can get mighty fierce.

Ms. Giffords was in the middle of many of those decisions. As a centrist who survived the Republican wave in the last election, she was well positioned to be a deal maker. She decried the incendiary rhetoric, and as someone who voted for President Obama’s health care law, she was the target of much of the angry talk.

But looking at the profile of her assailant, it is hard to make the case that there was any connection between her legislative actions, and the actions of the murderer. Like Mr. Weston, Jared Lee Loughner, according to the news reports, has only the barest grasp of reality. This wasn’t the action of an assassin. It was the action of a mad man.

That is scant comfort, of course, to a Capitol Hill community that finds itself the target of more vitriol than usual. The American people hate Congress, and general dissatisfaction with government is at an all-time high. Certainly, the economic crisis and its aftermath have played into that disgust, but something else is at work. Civility has gone the way of the horse and buggy, and the permanent campaign is making it harder and harder for members of Congress to interact in a humane way.

The media, especially a new media culture that values conflict, partisanship and sensationalism over compromise, conciliation and content, has not made it any easier for rational discourse to occur. In fact, in many ways, they are the cause of much of the tumult that has gripped the nation.

It is easy to make the connection between actions of the Tea Party or the rhetoric of Rush Limbaugh, and the murders committed by Jared Lee Loughner. It is easy, but it is wrong. There is no evidence of any connection, and any effort to make that connection without solid evidence is pure political mischief.

That being said, Congress ought to use this tragic incident as an excuse to take stock of how it conducts itself in public. Civility doesn’t have to be a relic of the old days. Policy makers can disagree without impugning to motives of one another. They should treat each other and the rest of us with respect.