Backroads to the Beach 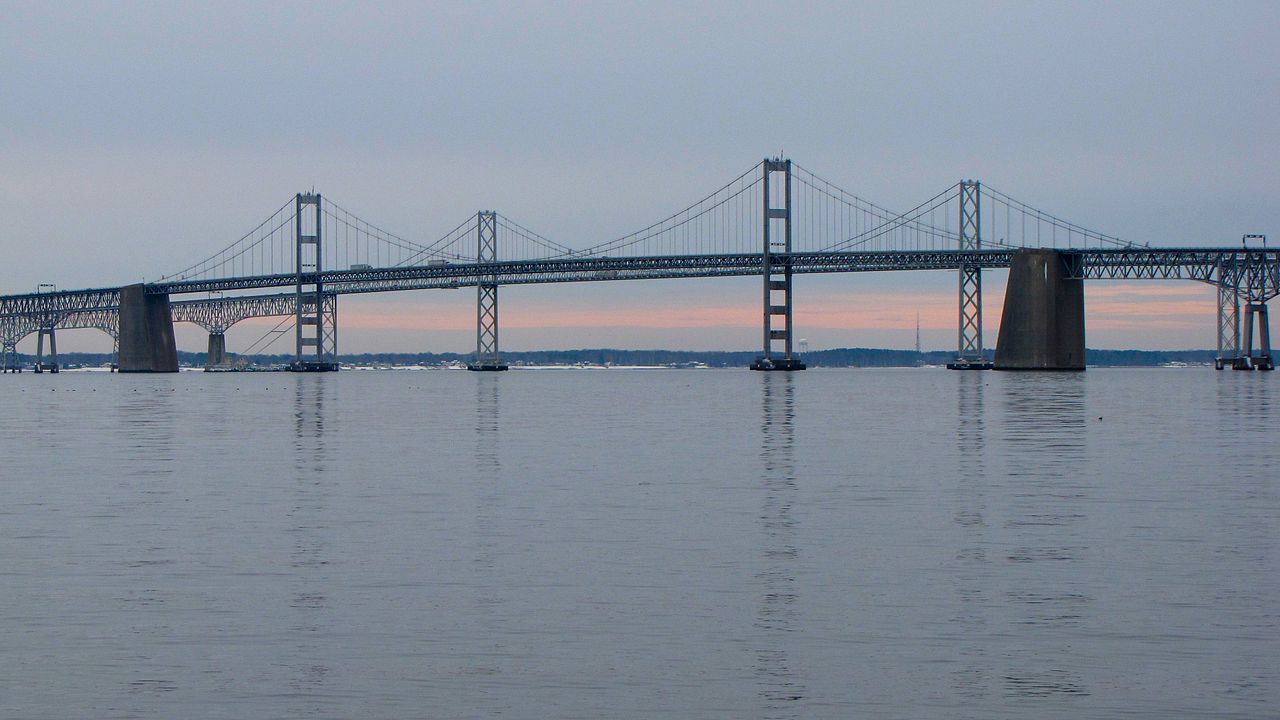 I took the backroads to the beach.

I don’t like driving down 95 anyway and I had heard traffic was especially terrible.

And so I took a circuitous route down to the Outer Banks of North Carolina from my home in D.C.

The kids went earlier in the week with my wife, so I didn’t have any carping from the back seat about how long it was going to take.

So I went over the Bay Bridge, down through Southern Maryland, into Virginia and then eventually over the Lucius Kellam Jr. Chesapeake Bridge and Tunnel.

I then got lost in the Virginia Beach area, driving around trying to find the right road south to the Outer Banks.

Both were conceived by business leaders from the local areas, who set about replacing slower ferry systems that had impeded economic growth in their regions.

Both were done in the aftermath of the Second World War, when America and the American people could seemingly do anything they put their minds to.

And the construction of both spans was a difficult process that cost lives.

It was a different era back then.

Driving down those roads and over those bridges, you get a sense of an America that hasn’t fully recovered from the financial crash of 2008.

I read George Packer’s extended essay (or book, if you will), “The Unwinding” and you could see the setting for some of those stories driving through rural Maryland, Virginia and North Carolina.

Every once in a while, you would see a Johnny Reb flag flying, in defiance of the conventional wisdom, giving the finger to the political class.

Barack Obama had a huge opportunity to help these people, but his focus wasn’t on rural America when he took the Presidency.

He could have transformed politics forever, and during the height (or depth) of the Great Recession, he could have made the revitalization of these communities a top goal of his Administration.

These folks needed the help and they still need the help. They are still skidding along in a deflationary time. Cost-cutting is still the path to economic growth for those who sit on corporate board rooms and how you do that is through importing labor, exporting jobs and cutting wages.

None of those strategies work very well if you are a normal schmuck with a high school degree and no great talents outside of drinking beer and watching NFL football.

President Obama didn’t make the economy his number one issue during his first term. Sure, he passed an economic stimulus package that garnered no Republican votes that did nothing to change the long-term dynamics driving wages down, but did serve to help some of his political constituencies.

The number one priority for the Obama Administration was his health care law. His number two priority was climate change legislation, which never really got off the ground.

The President changed his focus from the economic issues to social ones fairly early on. He changed his position on gay marriage. His health care law picked a fight with religious groups over abortion. His Attorney General would talk about America’s unwillingness to confront its racist past, despite the fact that white voters just voted Barack Hussein Obama into the White House. And the President made a big play to limit the rights of gun owners.

And that was when he lost the white working class voters that voted for him during the 2008 elections.

The Republicans, in response, did nothing.

They voted against the stimulus and they doubled-down on the free market ideology that screwed rural white voters in the first place.

Mitt Romney was the culmination of that ideological belief that driving down wages and favoring share-holders over workers was ultimately good politics. From his perspective, as a venture capitalist who made billions by firing people (he actually said that he liked to fire people during the campaign, if you can believe it) it all made perfect sense.

Romney lost Virginia and Maryland, and barely squeezed out North Carolina, largely through the strength of the social issues that Obama foolishly stumbled into.

The Tea Party had risen in rebellion two years before, but the rebellion, which worked so well during the midterm elections, couldn’t be sustained for the Presidential election.

The Tea Party and Mitt Romney were going in two different directions. Romney preached economic self-sufficiency. The Tea Party attacked the political establishments of both sides, of which Mr. Romney was a proud Member.

The natural successor to the Tea Party, of course, was Donald Trump. His nativist, economic populism proved to be overwhelmingly popular to a base of voters hitherto unknown to the Republican party.

It’s probably no surprise that Mr. Romney would find Trump to be such a threat and that he and his former campaign team would spend so much effort to attack him. Romney is no populist. He’s a hedge fund guy. They don’t like populism. It’s bad for business.

It is probably no surprise that Trump won North Carolina, Virginia and Maryland during the GOP primary this year, largely through the strength of the voters in the rural part of the state. Whether Trump can win in the general election is an open question.

If he could make an America that can build bridges over large bodies of water again, that would be a good place to start.