The Outer Banks and Global Warming 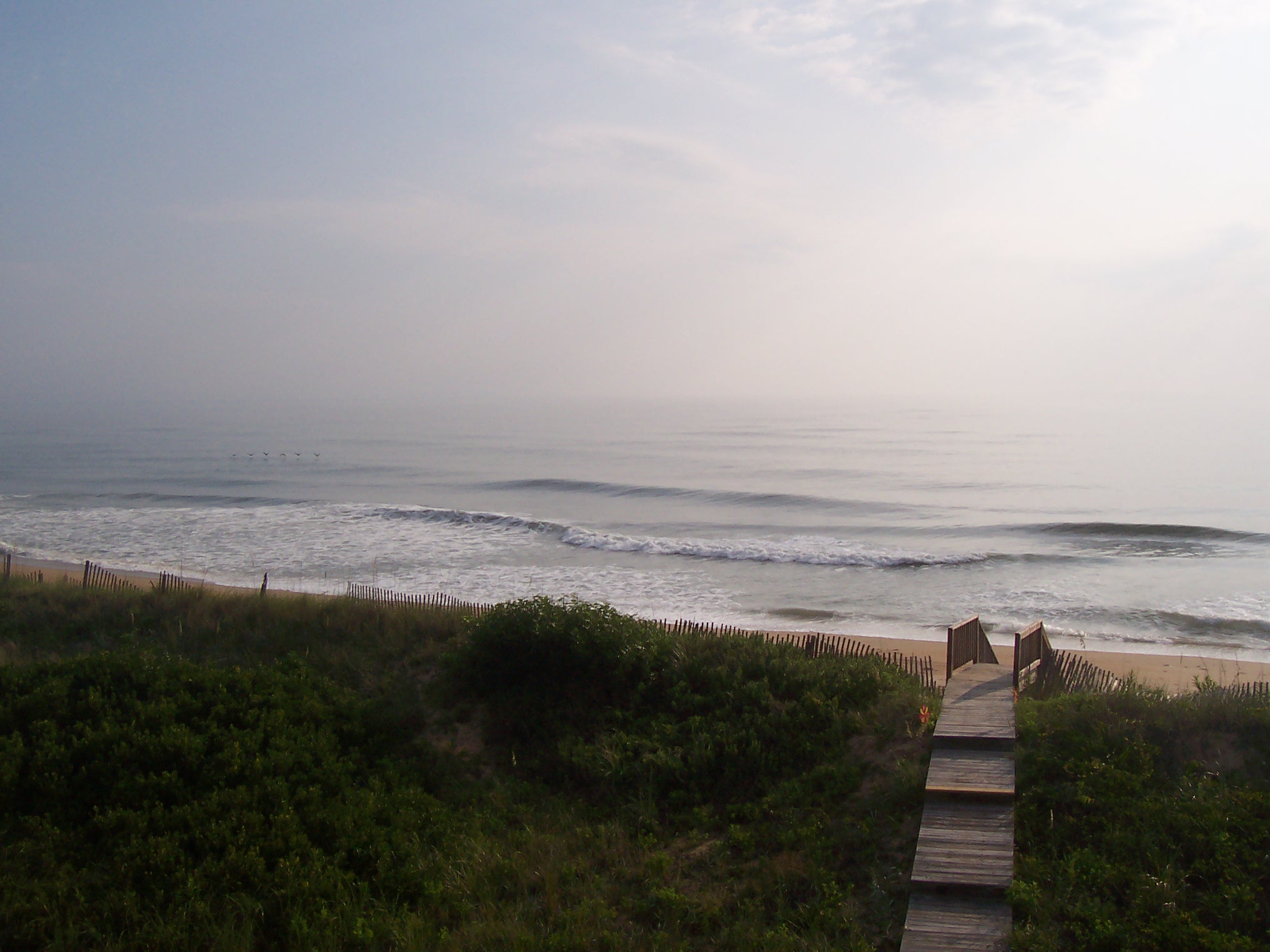 We have had beautiful weather here on the Outer Banks.

The kind of weather that you assume will never change. Perfect sun. Slight breeze. Only a few clouds in the sky.

The waves at the beach had enough gentleness to make it comfortable for my almost four year old daughter to gleefully jump around in, but enough roughness to make it fun for my 10 year old son to boogie board to his heart’s content.

Our beach house rental is right on the ocean, protected by a 30 foot high berm, built presumably to shelter all of the developments on the island. And there are plenty of developments on this beautiful island, big houses costing millions of dollars.

The beguiling weather masks a reality that community leaders must be concerned about. Global warming is a real threat that could wipe this whole vacationer’s paradise out of existence.

If you are in the property and casualty insurance business, you have to plan for the future, which means you have to take the threat of global warming very seriously. That means that you raise rates and sponsor seminars and build risk mitigation containment walls.

The private sector is way ahead of the Republican party when it comes to global warming. They can’t wait to take sides on the theological debate as to whether man causes it or whether it is an act of God or whether it’s just the damn weather. The climate is changing and you have to plan for it.

One of the most embarrassing moments of the campaign debates was when Miami’s mayor confronted Marco Rubio over the issue in Miami and Rubio was forced to deny that global warming was a thing. Of course, anybody who lives in Miami and has to deal with the flooding that comes with higher sea levels knows that Rubio was wrong and the Mayor was right.

Something is going on in the world and we should all acknowledge it.

The Baton Rouge floods. The wildfires in California. The increasingly violent tornadoes in the Midwest. The summer heat that continues to climb higher every year (it reached 105 in Washington DC and 120 in Arizona).

And there are other indicators. The bleaching of the coral reefs. The dead whales off the coast in Alaska. The greening of Greenland. The cracking of the Arctic Ice Sheet.

The Republican Party ostensibly denied that global warming existed to defend the Coal industry and the petroleum industry.

My dad used to work for an oil company, so I have a soft spot in my heart for Big Oil. It put me through college.

But I learned a few things in college and one of them was that sometimes you have to face reality.

You can’t pull good grades by not studying. You eventually have to do your laundry. You can’t drink all the beer you want and eat all the food they give you without putting on some pounds.

But it helped to train me for politics.

Global warming is no hoax. It’s a real thing.

The climate is changing and man has played a role in its changing.

There is too much carbon in the air, because we have too many vehicles emitting too much CO2.

We have the capability to change all of this. We can use the marketplace to provide incentives to consumers to find alternative ways to transport themselves.

We can make it more expensive to drive, make it easier to walk or ride a bike, make it less necessary to commute. We can put a tax on carbon and then use that revenue to cut taxes for consumers and corporations.

The other thing we can do is to prepare for the worst. We can figure out what will happen when the seas rise a foot or two and try to build big walls around Manhattan, Boston, Charleston, New Orleans, Houston and every other coastal city that will be severely impacted by the new world order.

Here is how National Geographic put it about the beloved Outer Banks:

The tourists flocking to North Carolina's Outer Banks right now know that the joys of summer there—the gorgeous beaches, the wild horses, the views of the lighthouse at Cape Hatteras—come to an end as the season fades….But they may not know that the place itself is disappearing from the map…Under the combined effects of storms, development, and sea-level rise, portions of this narrow, 200-mile island chain are collapsing, says Stanley Riggs, a coastal geologist at East Carolina University in Greenville…"We're losing them right now," he says. "In the next ten years, it's going to be awful."…In an area of Hatteras Island between Avon and Buxton, the beach has receded about 2,500 feet in the past 150 years. That portion of the island has narrowed to just 25 percent of its original width, according to Riggs. In Buxton and Rodanthe, and farther north in Nags Head, houses and hotels once solidly on land stand on spindly stilts in the surf.

State Highway 12, the only road to Hatteras Island, repeatedly has buckled and washed out during storms. It briefly closed after Hurricane Arthur made landfall July 3….The erosion is set to worsen as sea-level rise accelerates around the world because of global warming.

I don’t want to see the Outer Banks disappear. But I probably won’t buy a house here, just in case it does.