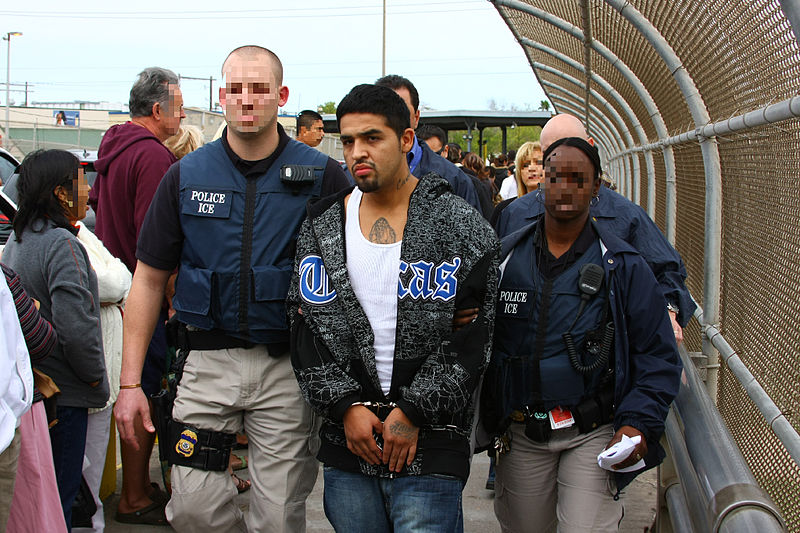 So, a week before tax day, America’s immigration system has hit its statutory limit of how many high-tech visas it can extend to star technology workers from other countries.

And yet, with about 8 months left in the year, the American immigration system can’t legally give out any more high-tech visas to attract international workers who can help power the next generation of jobs.

It is hard to imagine, but some folks in Congress believe that the status quo is just fine when it comes to our immigration system.

But the status quo is not fine.  The immigration system is a profoundly broken and it needs to be fixed.

W’s brother made some news in Texas yesterday.

The conservative base probably doesn’t want to hear it, but Jeb Bush was absolutely right when he described the motivations of folks who come to this country illegally.

Sure, it is against the Federal law that they come to America.  But it is not against natural law or God’s law or the law of whatever higher being you believe in when a parent does everything in his or her power to provide for his children.

Calling every illegal immigrant a felon is just plain silly, because not everybody who comes to America and overstays his or her visa or tries to sneak across the border is by their nature a criminal.

Not everybody who has a beer before they turn 21 is by their nature a criminal.  Nor is everyday who drives over the speed limit a criminal.

Sure, they broke the law, but America has a lot of really stupid laws on the books.  And if you look at the American immigration system, you see a bunch of really dumb enforcement actions.

The current system retards economic growth in this country, stupidly breaks up families, encourages more families to come and stay in America instead of giving them more opportunities to go back home, creates an unsafe and extra-constitutional border zone, and otherwise causes havoc in our society.

The New York Times had a good story about the impact of our current immigration system on families:

“With the Obama administration deporting illegal immigrants at a record pace, the president has said the government is going after “criminals, gang bangers, people who are hurting the community, not after students, not after folks who are here just because they’re trying to figure out how to feed their families.” But a New York Times analysis of internal government records shows that since President Obama took office, two-thirds of the nearly two million deportation cases involve people who had committed minor infractions, including traffic violations, or had no criminal record at all. Twenty percent — or about 394,000 — of the cases involved people convicted of serious crimes, including drug-related offenses, the records show.  Deportations have become one of the most contentious domestic issues of the Obama presidency, and an examination of the administration’s record shows how the disconnect evolved between the president’s stated goal of blunting what he called the harsh edge of immigration enforcement and the reality that has played out.”

It might sound and tough to deport a bunch of folks who get caught speeding, and I tend to be pretty unsympathetic to folks actually break real laws.   If you are in this country illegally, you should probably avoid driving drunk, for example.

But if we deport the major breadwinners for a family, and if that family stays behind because America is now their home, guess what usually happens?  The family goes on public assistance or turns to desperate measures to keep alive.

This hardly makes sense to me.

Our current immigration system does not practice good public policy.

Jeb Bush was right about the plight of many immigrants and their motivations for coming to America.  He is right, that in most cases, these folks are coming here not to commit crimes but as “an act of love,” to take care of their families.  This won’t make him any friends in the Haters Caucus, but it never hurts to be right, even if the politics might seem to be wrong at the time.

The system is broken.  Congress should fix it.