You Too Can Make A Difference 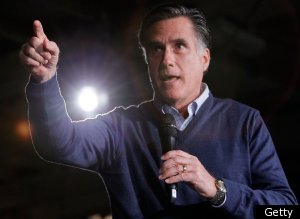 Mitt Romney recaptured momentum over the weekend.  He scored an impressive victory at the CPAC straw poll on Saturday night, and claimed victory at the Maine Caucus the same night.

This reserved the momentum that Rick Santorum was able to start when he won the beauty contests in Colorado, Minnesota and Missouri.

To me, what is most striking about these momentum changers is how few people are responsible for them.

CPAC had less than 3500 hundred people involved in its straw poll.   The Maine Caucuses had about 5,000 people participate.

The Colorado caucuses had a far more impressive 50,000 participants (he said sarcastically), while Minnesota had around the same number.

The Missouri Primary had slightly north of 200,000 voters, which is not exactly huge, but it least it is somewhat respectable.

The point here is that what passes for momentum in these early contests may very well be all an illusion.

Rick Santorum complained that Mitt Romney bought the CPAC convention vote, but hey, for Romney it was a good investment.  Santorum should have known that packing CPAC would be worth it to the national media, even though to most Americans, it is completely irrelevant to their lives.

The other lesson here is that any individual can have an impact.

If you bring yourself and 10 of your friends, and then ask you ask 10 of their friends to come and support a candidate, pretty soon, you can have a pretty important impact on the Presidential primary process.

For many years, my brother wouldn’t vote in the election, because as he put it, his one vote didn’t matter much.

I argued that his vote did matter, and when he chose not to vote, he forfeited his right to bitch about American politicians.  If you don’t vote, you take yourself out of the conversation.

I still think that is true.  And it seems to be more true than ever.  It is amazing how momentum can change in the Presidential election just by the actions and the judgements of a few.

I still think Mitt Romney will win this thing, despite all of his gaffes and all of his stupid statements.

The momentum he gained by winning CPAC might all be an illusion, but then again, he had to start getting the big mo back somewhere.   The fact that it was at CPAC and the fact that the CPAC vote total was so tiny, in the big scheme of things, just goes to show that every vote counts.

So let that be a lesson to you.  If you want to have a role in the Presidential nominating process, get off your ass and get to work.  You too can make a difference