You Can Lead A Horse to Water

You Can Lead A Horse to Water… 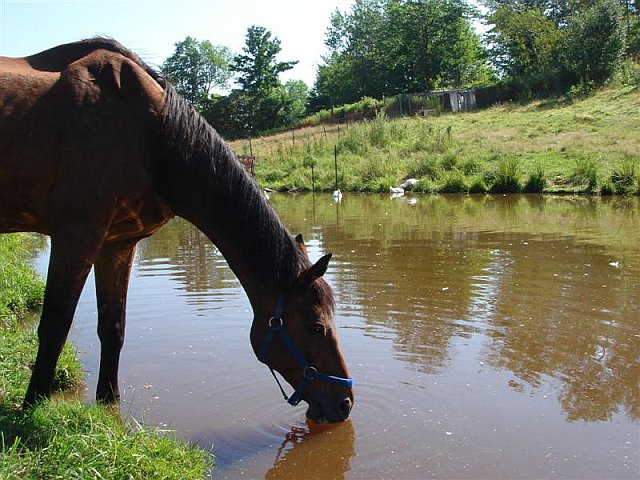 John Boehner has seen this movie before.

You have to feel for the Speaker.

He knows that it would have been smarter politically had the House Republicans taken up the Senate payroll tax bill, passed it and had the President sign it.

The Republicans would have then declared total victory, and then come back in two months and gotten another concession from the President.

The Keystone pipeline provision was a huge concession by Mr. Obama, and getting that done would have been enough to be plausibly happy.

But at the end of a session, when emotions run high, when Members lose a healthy sense of perspective, sometimes reason does not win out.

And let’s face it.  The House Majority never, ever likes to be jammed by bipartisan action from the Senate.

I am sure there are plenty of other instances in the history of the two bodies.

The House is the place where partisan purity is admired.  The Senate is the place where deals are made.  Usually, the House and the Senate try to work out their differences in a conference committee.  But sometimes, usually at the end of a Congressional session, and usually with a major holiday just around the corner, one body tries to stick it to the other body.  And that’s when you get fireworks.

Dick Armey, the former House Majority Leader and current fomenter of the Tea Party, used to preach to his colleagues that the pain was inevitable but the suffering was optional.  He used to preach that to the Class of 1994, the last band of political purists who swept into Congress.

The 1994 Class, just like the Class of 2010, believed that they were sent on a mission by God (to paraphrase John Belushi in that great movie The Blues Brothers) to utterly change how Congress operates.

They learned, as all of these classes eventually learn, that the Congress has been around a long time, and that it has seen plenty of cocky freshmen come and go, many of whom promise fundamental revolution in their first terms only to accept gradual evolution by their fifth term (if they survive that long).

And sometimes, you end up having to compromise your principles just keep the process moving, because, guess what, that is what a majority of your constituents want you to do.

John Boehner knows all of this.  He has lived through all of this before.  And while it is true that he urged his colleagues to accept the deal last weekend, it is also true that he wasn’t going to force the deal upon them.

He knows that eventually, his fiery colleagues will reach the same conclusion that he reached last weekend.  You can't always get what you want.  But you can get what you need.

Boehner also understands that his colleagues have to learn this for themselves.

Dana Milbank wrote about the House Republican Braveheart Caucus, those members who want to emulate the character Mel Gibson played in that stirring movie, Braveheart.

As I have written before in The Feehery Theory, William Wallace, as brave a warrior as he was, ended up getting drawn and quartered in the movie.

I am hopeful that the Republicans figure out that getting drawn and quartered politically is no way to keep your majority.