Will Social Issues Kill the GOP? 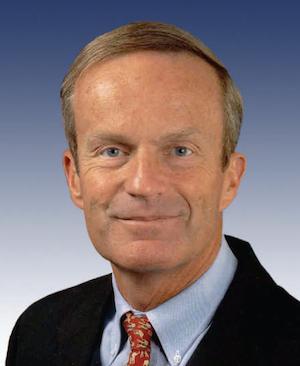 Wide-spread panic has hit the Republican Party, thanks to Hurricane Todd.

Todd Akin, the Missouri Congressman who is slated to run against Claire McCaskill, the Democratic Missouri Senator, made some inaccurate medical assertions the other day, and is now facing the wrath of the combined forces of the Republican and Democratic Parties.

The Republican party wants Akin to step aside and let somebody else run against a very vulnerable McCaskill.  The Democrats want Akin to stick around for the general, but they can’t help themselves in expressing their outrage about his comments on “legitimate rape.”

The grand poo-bahs of the Republican Party (and I count many among them to be friends) seemed to be very, very worried that this election will suddenly turn to a fight on social issues.

I wonder if they should be so worried.

Unlike 20 years ago, we now live in a pro-life country.  Polls now show that more Americans describe themselves as pro-life than pro-choice.

The President and the Democrats have decided to jump both feet in the pro-gay marriage camp.  The Republicans are firmly against gay marriage.

By turning attention away from economic issues and to cultural issues, the Obama campaign is also taking away it’ sharpest campaign attack:  that the unspeakably wealthy Mitt Romney is out of touch with the concerns of average Americans.

If Obama decides to make his chief argument a cultural one, he alienates a huge block of culturally conservative Democrats who will see him as a cultural elitist.  Many of these voters in all likelihood see Romney as an economic elitist, but too much pounding away the social stuff could backfire.

I know that the conventional wisdom remains that it is all about the economy and to be sure, a lousy economy puts the voters in a lousy mood.  But most voters don’t just vote on the economy.  They vote on a variety of factors, including if the candidate shares the voter’s values.

Obama needs to tread carefully on the abortion issue.  Everybody agrees that Todd Akin’s comments on “legitimate rape” were stupid.  But not everybody agrees with Obama (whose position on abortion is breathtakingly extreme) on abortion and should his campaign decide to make this the issue of the campaign, it could turn out to be a loser for him.