The Imperfectability of Man and Government 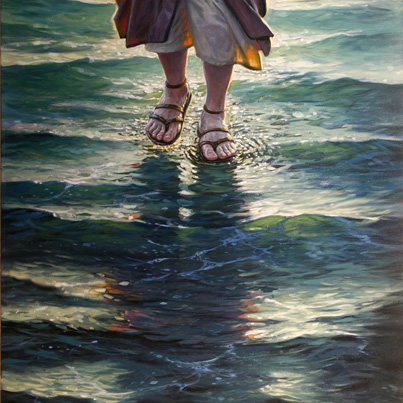 There is a reason that Kevin Yoder, the Kansas Republican, swam in the Sea of Galilee instead walking on top of it.

It is the same reason that Todd Akin is now in extremely hot water.

Neither are perfect, unlike the fella who walked on water a couple of thousand years ago.

Both Yoder and Akin were perfectly good members of Congress.  Yoder, a freshman member of the Appropriations Committee, has been particularly impressive for his legislative judgment and his mature approach to his work in Congress.

Akin was impressive enough to win a tough, three way primary for the privilege to take on Claire McCaskill, a very vulnerable member of the Democratic majority who has made more than her fair share of ethical mistakes.

But in this day and age, imperfection is not an option as you run for political office.  Indeed, imperfection, especially if you are Republican, from Chris Christie’s weight to John Boehner’s skin tone, is fodder for the media world.

Now, admittedly, Akin’s comments about legitimate rape were wrong-headed.  He said that he misspoke, although I am not sure which part he misspoke, because his comments reflected pretty accurately his political position, which is to be opposed to abortion, even in the instances of rape and incest.

I happen to think that position is a loser politically, although I understand it and agree with it philosophically.  Killing an unborn child, no matter how that child is conceived, seems to me to be just as terrible in any circumstance.  But that doesn’t fly politically.

Akin’s friends in the Senate proved to be of the fair-weather variety.  They were all with him when he was up 6 points, but now that he looks like he might lose, they all want him to step out of the race.  And I suppose that these folks have the power to force him out, although I am not sure if that makes me particularly comfortable.  The folks in Missouri in the Republican primary should make that call, not the power brokers back in DC.

Yoder and his colleagues in the House who took the fated trip to Israel are now in the media cross-hairs for something that happened over a year ago.  I like the guys who wrote the story for Politico, but you have to ask the question:  How did they get the story?

Apparently, the FBI was investigating the incident.  Why?  Since when is skinny dipping in the Sea of Galilee a Federal offense.  If the Israelis had a problem with it, they could have thrown the whole lot in jail, but they didn’t.

So, who in the FBI was actually investigating this scandal?  And who helpfully leaked this story to the press?  And did the FBI Director approve the investigation and the leak?  Was this a ploy by Mr. Muller to stay on Mr. Obama’s good side?

I don’t know the answer to any of these questions, but I do know that it is awfully hard to find a perfect person in Congress, or anywhere else for that matter.

But what you do have is a bunch of guys and a few gals who pretend that they are perfect, because they figure that is what the voters want.  Actually, what the voters want is for the Congress to work, for the roads to be paved, for the government not to be completely incompetent, and for the US to stay out of bankruptcy.

It William Howard Taft who said, “We are all imperfect. We can not expect perfect government.”

Nobody expects perfect government.  But competent government would nice.