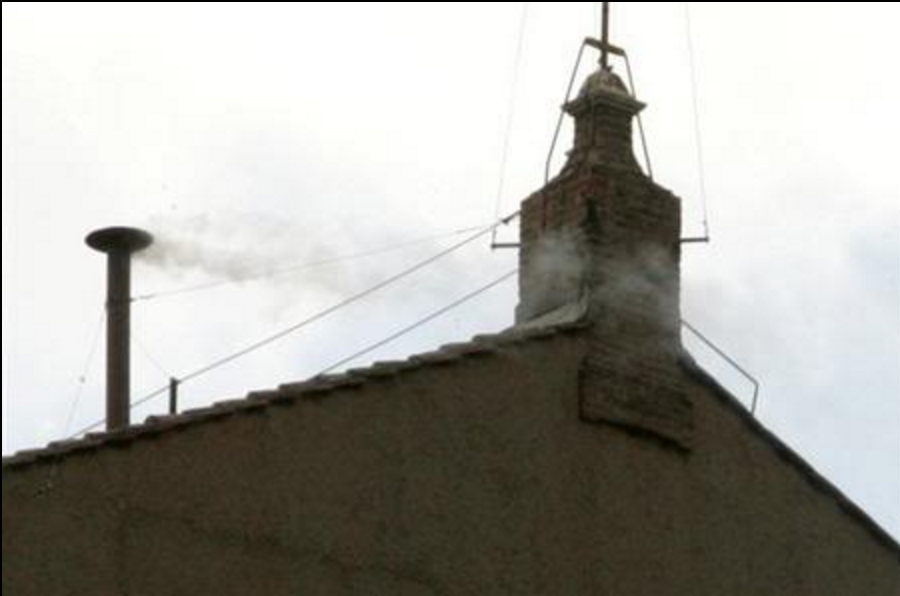 (Published in the Christian Science Monitor)

I had just returned from my son’s baseball practice when a friend texted me with a link to the Wikipedia page about Papal White Smoke.

I took that to mean that Paul Ryan had agreed to take the job as Speaker of the House.

I imagine that Francis had about the same amount of hesitation when he took over as the Bishop of Rome and largely under the same circumstances.

And like Francis, Ryan faces a mess that he probably isn’t too excited to deal with.

Being Pope is not a dead-end job. Neither is being Speaker of the House.

But both come with tremendous challenges.

For Francis, it was turning around a moribund Church that had lost its spark amid a sex abuse scandal.

For Paul Ryan, his job is to set an agenda that could unite the party and prove to a skeptical public that it is worthy of maintaining its majority.

John Boehner announced he was leaving the day after Francis came to address a historic Joint Meeting of the Congress.

He pulled a Costanza, clapping his hands and leaving on a high note.

Before he goes, though, the current Speaker wants to tidy up the barn a bit, which I assume means that he wants to get the debt limit extended until after the next election.

That’s the only issue, if not addressed promptly, that could really screw up this country. Not paying your debts brings bad mojo to a country. Just ask Argentina, the country from which Pope Francis serves as a humble Jesuit (okay, Jesuit usually aren’t that humble, but Father Bergoglio must have been an exception).

Unlike Bergoglio, who took the job immediately upon its offering, Mr. Ryan has kept us all waiting.

Finally last night, he said he would take it but only after certain conditions.

He wants unity among all the factions that make up the House Republicans and he wanted assurances that there wouldn’t be a coup launched against him every time he makes a tough call.

He also wanted to make clear that he wasn’t going to leave his family in the lurch.

Like all of us, Paul is shaped by his own experiences growing up.

His dad died of a heart attack when Paul was 16. Young Ryan had to grow up fast.

Paul’s oldest daughter is right around that same age and his two sons are not too far behind. He wants to give his kids the teen years that he never really had. He wants to be a father who is active, engaged and present in their lives.

Ryan’s father struggled with alcohol addiction. Paul could sing in the Church Choir, he is so straight-laced. His only addiction, outside of reading Ayn Rand, is doing the P90X work-out.

The Wisconsin native is as different from his presumed predecessor (presuming he takes the job of Speaker) as Francis is from Benedict.

Ryan is also a lot younger than John Boehner. It’s amazing to think how young he really is, because he seems like he has been around forever. But Paul is only 45 years old, about the same age as Marco Rubio and Ted Cruz.

Paul once worked for Jack Kemp, but he wasn’t old enough to actually vote for Ronald Reagan. He would have been 14 when Reagan ran for re-election.

Most people who attain the Speaker’s Chair, at least in the last hundred years, have been well past 60. A notable exception was Newt Gingrich, who was 51 when he led the Republican Revolution of 1994.

But in this crazy, wacky world we live in, Paul Ryan is an old-timer, even at age 45. He came to office in the last Congress of the 20th century and he seems poised to lead the House as it blunders along in the second decade of the 21st century.

The House is due for an update. It can’t keep working like it once did.

It has to update its procedures, fix a broken budget process, overhaul how it communicates with its constituents, and revamp its image with a doubting public. It also needs to take a serious look at how much time the members are spending raising money and how much time they should be back home, meeting with the voters.

And as an institution, the Congress should become more family friendly.

The people who work there work very, very hard. It’s a hard job on families. For Members, the commute is a killer.

For a Speaker of the House, especially one who has young children, it can be daunting.

Paul Ryan has enough perspective to understand that personal ambition is not worth losing touch with your children. He knows personally how important it is to be close to your kids, especially when they become teenagers.

He can take this job or leave it.

I hope he takes the gavel and then takes on the cause of fixing the Congress.

It’s a big job, but somebody has got to do it.