Trump is Driving the Democrats Crazy. And it is Fun to Watch. 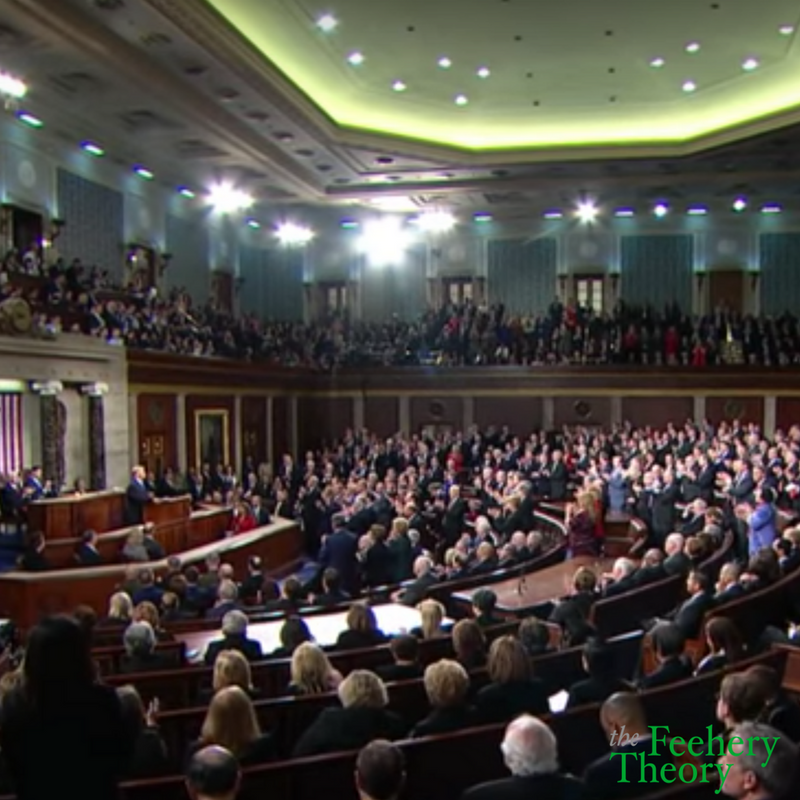 One of the unexpected benefits of having Donald Trump in the White House is to see how the progressives who currently dominate the Democratic Party drive them absolutely nuts.

And make no mistake.  The Democrats are stark raving mad.

They have lost their collective minds.

They have a shot of taking over the House this coming November, but I have very little doubt that their aggressive push to the far left will give Republicans a fairly easy ride to victory.

Their reaction to the President’s speech last night is a case in point.

The President offers to work with them on a plethora of issues. Nancy Pelosi, the former Speaker, and current Minority Leader, scowls blankly.  If looks could kill, the President would have been in serious trouble.

But because of her myopic leadership, it is the Democrats who are in serious trouble instead.

The world was watching to see if the President was going to somehow veer off script and say something truly embarrassing.

Instead, it was the Democrats would embarrass themselves.

It is traditional that Members on both sides of the aisle line up to greet the President as he initially enters the chamber.

But they appreciated the fact that they both occupied the most important elective office in the world and they paid them proper respect.

When Congressman Joe Wilson yelled at Mr. Obama, telling the world “he lied” during one of his first State of the Unions, he was severely reprimanded by his colleagues and rightfully so.   And even during that tense time, other Republicans warmly greeted the President as he entered the Chamber.

When the President said that he supported paid parental leave policies, something Democrats have been fighting for decades, the Democrats, led by former Speaker, sat on their hands, refusing to applaud.

When the President noted that black unemployment was at the lowest level in history, the Congressional Black Caucus refused to acknowledge that historic achievement.  They stared straight ahead, afraid that by applauding they would somehow give legitimacy to a President they despise.

When Mr. Trump said he was going to push to lower prescription drug prices, something that Democrats have been begging for for decades, they refused to give the President his due.

When Trump offered a straight up compromise on immigration, they hissed him.  When he said we needed to support our nation’s military, they silently jeered him.  When he said he wanted to give dying patients a right to try a new medicine, they ignored him.  When he said that America needs to negotiate better trade deals that better protect worker rights, a key tenet of Democratic dogma for 60 years, they mocked him.

I understand what they are going through.

The Republicans in the 1998 elections were so driven to distraction by Mr. Clinton, that they lost their better judgment and decided to run on the singular issue of passing articles of impeachment against him.

That decision cost Republicans 7 seats in the House and Newt Gingrich his job as Speaker.

Here is my guess.  The Democrats will make a similar decision.

They will go so crazy because Trump is not only stealing their issues, he is taking credit for an economy that improved dramatically over the last two years.  For Democrats, this will be a further example of a President who is stealing credit for things that he didn’t do.

I happen to think that the President deserves credit for cutting taxes, cutting red tape and getting the government off the back of our business sector.

But Democrats don’t think that way.

Their frustration will lead them to launch a campaign to impeach this President, repeal his tax law, and restore the individual health care mandate.

That’s a helluva bad political strategy, but that’s what happens when you aren’t, as a party, in your right mind.

And the Democrats are not in their right mind, poor things.