The President and the Pope 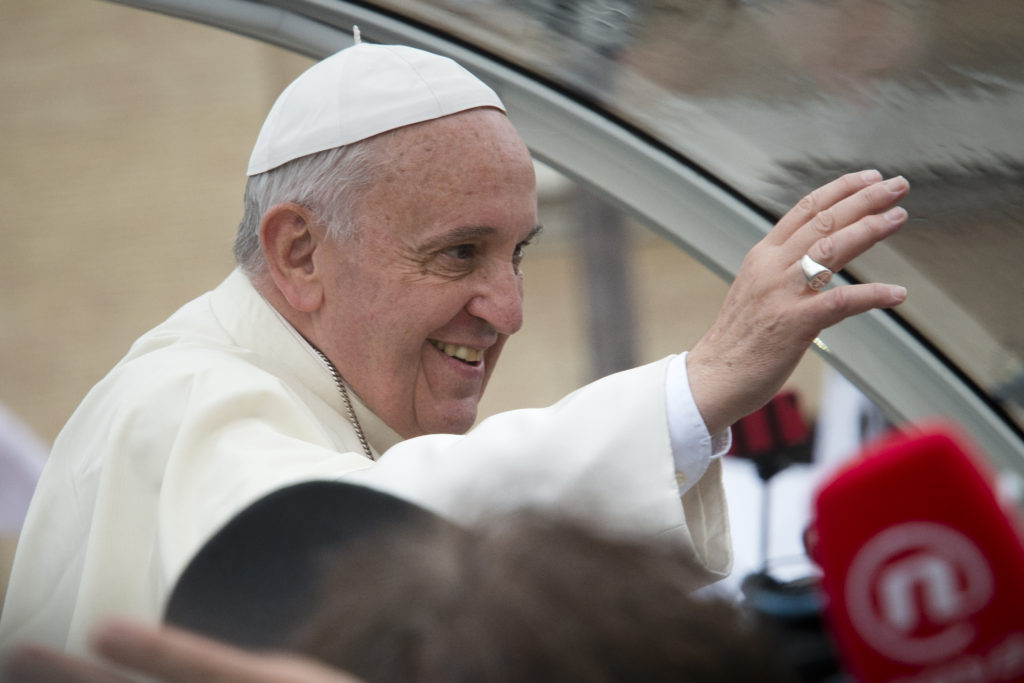 It was Pope Leo who conferred upon King Henry VIII the title “Defender of the Faith.”

Henry turned out to be a lousy choice. He was morally reprehensible, bloodthirsty and brutal in his rule as the King of England. He also turned on the Catholic Church and started his own religion.

It’s unlikely that Pope Francis will make the same mistake as his predecessor. He is not going to give any honorific titles to Donald Trump.

But ironically, the American President might actually be a better defender of the Catholic faith than anybody could have imagined.

Trump is on a blockbuster tour of the respective birthplaces of the three dominant monotheistic world religions. His first stop was in Saudi Arabia, the country that houses the two holiest sites of Islam. His next stop was Israel and Jerusalem. And finally, he has concluded with a meeting with the Holy See.

Candidate Trump, either inadvertently or on purpose, offended all three religions. He was called anti-Semitic throughout the campaign. He was branded Islamophobic because he didn’t want Islamic terrorists coming to America. Francis called him anti-Christian because Trump wanted to build a wall, and the Republican nominee responded by calling the Pontiff’s comments disgraceful.

It was always weird to me that the media called Trump an anti-Semite. His daughter is a convert to Judaism, and his most influential advisor – his son-in-law – is a true believer.

On Islam, candidate Trump undoubtedly got some political mileage out of attacking the Democrats for being soft on terrorism. And he riled up his base by calling out radical Islamic terrorism out for what it is, unlike the approach taken by President Obama.

But it was the Catholic conflict that was always most surprising to me.

The Trump campaign was a campaign of Catholics, no matter how imperfect those Catholics might be.

These were key figures in the Trump campaign and they understood viscerally the concerns of ethnic Catholics who would propel the Republican over Hillary in states like Pennsylvania, Ohio, Wisconsin and Michigan.

Those concerns were chiefly but not entirely economic. There were some cultural concerns as well, concerns shared by the Pope, issues like abortion, religious freedom, gay marriage.

Non-Hispanic Catholics voted overwhelmingly for Donald Trump because they saw economic stagnation caused by out-of-control immigration and cultural rot caused by a culture that has no boundaries. They also saw a Europe besieged by secularists on one hand and Islamists on the other, and they didn’t want that to happen to America.

The Pope has tried to manage a Catholic Church that has faced its own persistent crises. He has tried to reform a corrupt Curia, not an easy task for a non-Italian. He has tried to inspire a new generation of Catholics by seeming to be non-judgmental and welcoming. He has had to deal with a clerical crisis as well. Not enough heterosexual men want to be priests, and for a Church that is theologically opposed to homosexuality, it needs more straight guys to join the clergy.

The Pope is trying to make peace with the dominant secular culture by finding common ground with the Left on issues like the environment and immigration. But the problem with that approach is that the secularists want to protect the environment by promoting abortion. And open immigration in Europe means that Christians are being overwhelmed by Muslim immigrants, who are leaving the Middle East and Africa is pursuit of better economic opportunities and a break from war.

Donald Trump, for all of his obvious flaws, is somebody who will stand up for Western Civilization.

He is a free-market capitalist. He is in favor of nation-states, an important legacy of Western Civilization. He calls himself a Christian. He is now pro-life. And he is more than willing to fight for Western values, as he sees them and as most American Christians see them.

The Pope and the President probably won’t be close pen-pals. But they do have shared interests and shared responsibilities. And no matter how personally offended Francis might find the antics of President Trump, he must also see how this President can and should be a ready partner in defending the Western Civilization and the important legacy of the Catholic Church.