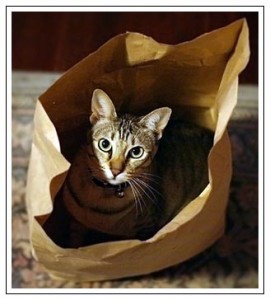 Robert Gibbs let the cat out of the bag over the weekend. He admitted that Republicans have a decent shot at getting majority in November.

That admission sent shock waves through the Washington punditocracy.

How could it be? What a mistake? Can you believe he said that?

When I was the Speaker’s press secretary, I was quoted saying something similar about our prospects in the 2000 elections and I remember the same kind of reaction from friends and enemies alike. A friend called and said surely I was misquoted. The DNC put out a press release using my words to buttress their claims.

Of course, back then, we had a much smaller majority than the Democrats have now, but perhaps what I said back then and what Gibbs said today can be classified as a Washington gaffe, which someone once said was speaking the truth inadvertently.

And the truth is that we had some real vulnerabilities back then and the Democrats are in real danger of losing their majority now.

I have been telling friends and I will tell you (because we are all friends here) that I think Republicans will pick up 60 seats in this coming election.

Here is how I came up with those numbers by region:

When I talk to Republican campaign operatives, they are much more cautious in their estimates. They view the world primarily through the lens of campaign funding, and they see that the Democrats have a significant money edge, which makes them more than a bit nervous. They can see how we get to 30, but not sure how we get beyond that.

I tend to take the view of Charlie Cook, Larry Sabato, and Stu Rothenberg, who are all of the opinion that a wave is coming.

I was talking to a high-ranking Administration official the other night, and he told me that the worst-case scenario for the President is if the Democrats keep the majority with only a four-seat majority. He knows that the liberal agenda of Mrs. Pelosi would have absolutely no chance to pass the House then, and gridlock would be the likely result.

If the margin is only four votes, I predict that whatever centrist Democrats are left standing after the election would switch parties and give the gavel to John Boehner.

My stockbroker sent me a market analysis, which included a political prediction by the company’s top lobbyist. That lobbyist opined that Republicans only have a forty percent chance of taking power in the House and almost no chance to take the Senate.

The wave is coming. The President is struggling, the economy is slowing, jobs are not coming back, and the American people are angry as hell and they aren’t going to take it any more. That is bad news for the Democrats and they are going to get pounded in this election as a result.

You heard it here first.