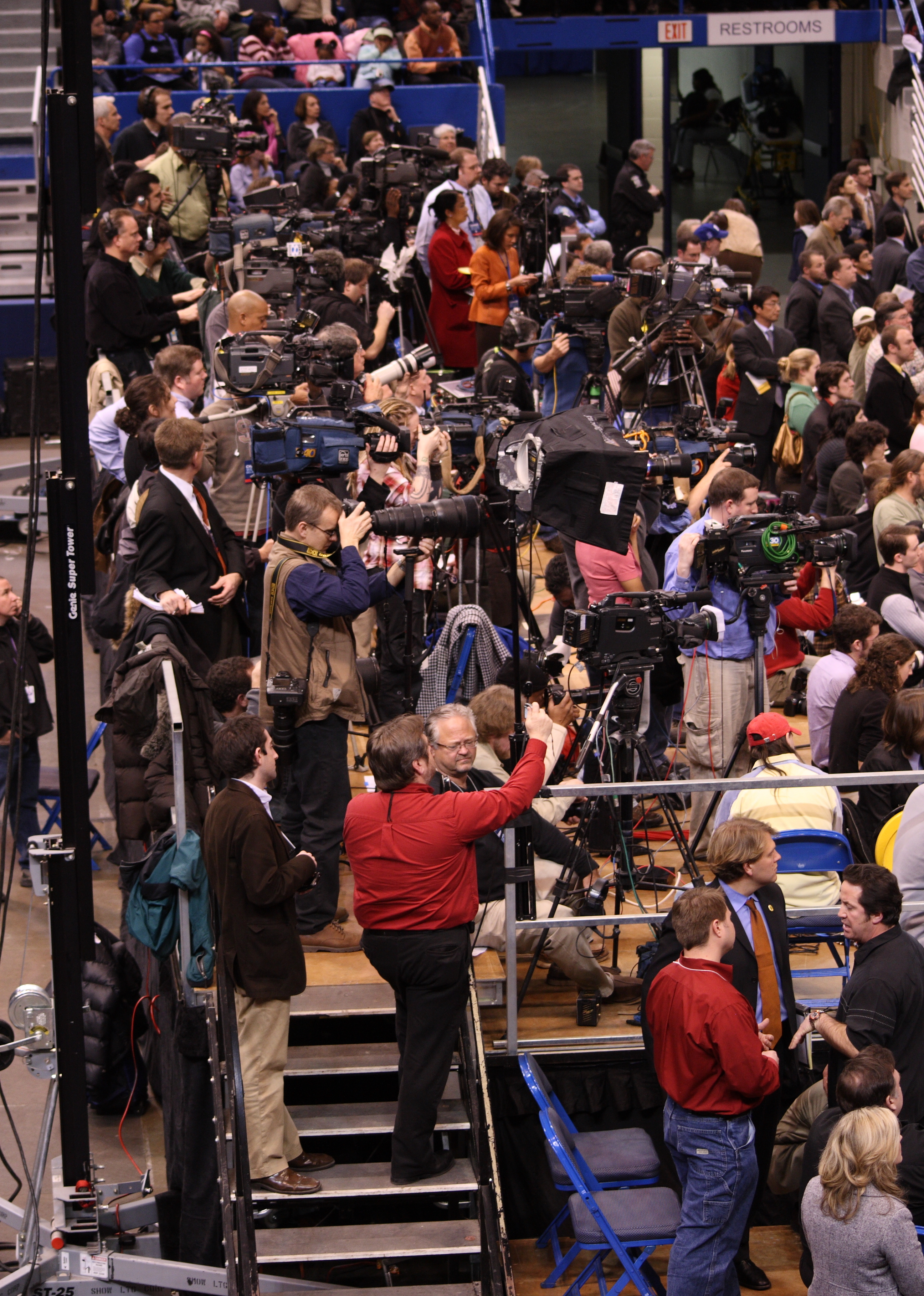 Yesterday, I gave a few remarks to some political insiders about how we are facing a new normal in our politics. I thought I would share those remarks with you, or at least as I remember them.

We all know of stories of people who wake up in the morning watching the Fox News Channel, listen to Rush Limbaugh in the afternoon and go to bed watching Sean Hannity at night. The left doesn’t have a Rush Limbaugh, but they do have Al Sharpton and Rachel Maddow. People on the right and the left don’t spend a lot of time listening to the opinions of those on the other side.

From a media perspective, it has become more important to cultivate those viewers, and excite them with news that gets more viewers and more clicks. It used to be said that if it bleeds, it leads. These days, what tends to lead is racial conflict, the Kardashians and terrorism.

The feedback loop has given rise to another phenomenon, advocacy journalism. It used to be the case that journalists were supposed to keep their opinions to themselves. Now, they broadly and loudly proclaim it, mostly from their ivory towers. Opinions don’t necessarily have to be backed up by facts. Pragmatism is devalued and fidelity to an ideological cause is highly valued.

Of course, the media world has faced intense pressure from the rise of social media. Social media allows candidates and causes to become their own media outlets. With Facebook, Twitter, YouTube, you build your own media platforms to get out your side of the story, without having to rely on journalists to filter it for you. The speed of social media gives crafty politicians the ability to dominate the news cycle, requiring competitors to stay vigilant and stay agile. Donald Trump has been the most effective at using this new media landscape.

It has been said that spending too much time on social media actually changes your brain chemistry, and I don’t doubt it. From a political perspective, it greatly advantages celebrity candidates like a Donald Trump. We live in an era where we value our celebrities, not for anything they have done, but simply because they are celebrities. This leads to a shallow understanding of issues and of the characters who promote them.

We have seen a decline in the trust of institutions.

Think what is happening on college campuses.   It’s not only protestors who are losing faith with the Alma Mater. It’s the parents who are paying the huge tuitions and wondering if they are getting their money’s worth. It’s the non-protesting students who wondering they will ever be able to pay their student loans. And it is alumni who wonder what’s happening with their sports programs and some kids who probably don’t deserve to be in college.

But the decline of institutions stretches far beyond the college campus.

Look at the decline of mainline Protestant churches. There is not one Protestant on the Supreme Court and of the four top Congressional leaders, only Mitch McConnell is Protestant (Ryan and Pelosi are Catholic, Reid is Mormon).

Look at faith in Government. The approval ratings for Congress don’t crack 20 percent. The President, on his best days, never gets above 50. And polls show that they fear the government and its power more than they appreciate it.

Now look at Big Business. Corporate America is extraordinarily unpopular, not only with the liberal Democrats, but also increasingly with populist Republicans, who tend to dominate the GOP base these days.

It used to be said that what is good for GM is good for America, but few people seem to believe that any more.

None of these should be a big surprise after the great recession of 2008. We are still seeing the effects of this economic earthquake that increased inequality in this country and badly eroded faith in business and government.

Many observers have written about the increasing gap between the haves and the have-nots. The haves are not only in a financially stronger position, they are also in stronger position when it comes to family relationships, education, and health. They tend to stay married, graduate from college and they don’t have issues with drugs or alcohol. They are doing much better in this economy than the have-nots.

The have-nots tend to struggle with broken families. They usually are not college graduates. They have issues or they have family members who have issues with drugs and alcohol.   They are struggling in this economy and they don’t see a pathway to greater prosperity.

All of this anxiety has real ramifications politically.

Economic anxiety is only part of the story. Americans feel less secure in their own safety, despite the fact that crime has gone down and is still near historically low levels despite a recent spike in many cities.   The terrorism threat remains a constant source of anxiety for many Americans. This has led to distrust and anger at illegal immigrants and foreigners, especially Islamic immigrants, especially among the Republican base.

Aside from the social stratification, there is another factor that has led to significant sorting of the two parties and that is religious belief. By and large, if you attend a Christian church regularly, you are a Republican. If you don’t, and if your outlook is more secular, you are most likely a Democrat.

And that is the new normal for our politics. The Republican party is mostly white and mostly populated by church goers, many of whom are evangelical in their faith. They have incredible sway among the primary voters and they are conservative, especially in their approach to social issues.

Democrats are more diverse, more liberal and more secular. They live in big cities, mostly, and they are much more radical on issues like economic justice and things like same-sex marriage.

That seems to be the new normal.   We will see how long that lasts.