The Media and Paul Ryan 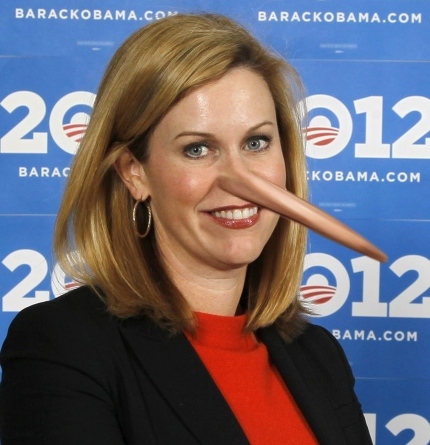 Stephanie Cutter, Top Strategist for the Obama Campaign / Credit to Twitchy.com for image.

In the immediate aftermath of Paul Ryan's speech last night, I went to the CNN grill to get a couple beers and see some friends.

For those who don't know, CNN sponsors a mini restaurant and bar at a choice location on the grounds of the convention center.   It is brilliant on their part, because for media types who want a cocktail and their sources, it is a convenient place to meet, and ultimately, it is great marketing for the last place cable network.

It is not just CNN reporters and producers who show up.  Just about every media celebrity from every cable network, newspaper and blog come by for a beer and a burger.  Of course, they also have healthy food options,  if that is what you are looking for.

The best thing about the CNN grill is that the food and beer are free.   Well, they aren't free, but they don't make us pay for them.   Somebody else is picking up the tab, kind of like Obama's free condoms.   In that case, the free birth control is being picked up by the taxpayers, but I am pretty sure the CNN grill is not.

It is nice when somebody picks up the the tab because it means that many reporters, who like free stuff, have a few beers and they tell you what they really think.

And what they really thought about Paul Ryan's speech is that he hit it out of the park.  Home run.  Exceeded expectations.  Big winner for Romney. Great stuff.

Of course, that was before Stephanie Cutter, the top strategist for the Obama campaign got to work.  Her line was pretty simple. Paul Ryan is a liar. He lied about Simpson Bowles.  He lied about Obama's Medicare cuts.  He lied about AC/DC and led Zeppelin.   Lied, lied, lied.

And now that is the new conventional wisdom analysis of the Ryan speech.   But of course, that is a lie.  Paul Ryan told the precise truth in his speech last night. He condemned Obama for slashing Medicare to pay for obamacare.   That Ryan has a plan to reform medicare that happens to save the same amount of money as the Obama cuts is irrelevant.  Ryan did not cut medicare to pay for obamacare.

And yes, Paul Ryan voted against the Simpson Bowles commission recommendations.  But Ryan had no choice, as Simpson Bowles basically punted when it came to fundamental entitlement reform.  Ryan did not  propose Simpson Bowles only to walk away from it.  Obama did.  And Paul Ryan isn't the president. He is the Chairman of the Budget Committee who, by the way, twice passed a budget through the House of Representatives. Obama is the president, and his budget proposal was such a joke, it couldn't pass gas.  It garnered zero votes in the House and the Senate.

And if you asked the media what they though about the Ryan speech after a few beers and before Stephanie Cutter, they would have thought that the speech was a winner for the GOP.