Focus of the Conventions 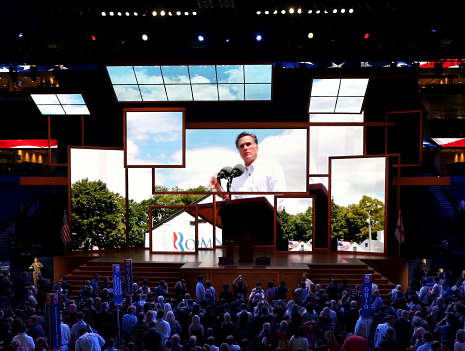 The focus of the Republican convention, for obvious reasons, is on Mitt Romney.

What kind of president will he be?  Is he a nice guy?  Does his wife like him?  What's up with his religion?

What will be the focus of the Democratic convention?  Why, Mitt Romney of course.

They want to talk about Bain.  They can't wait to link Mitt to Todd Akin.

What they won't be doing is talking about Barack Hussein Obama. There won't be any Greek columns to frame the majestic one.  Obama is no longer the change we have all been waiting for.

It is hard to see how the Democrats will get much of a bounce from their convention.   They can't focus on Obama's accomplishments, because they are so unpopular.  They can't reintroduce the man, because we all know him far too well.

Hope and change is dead.   Now, all we have left is tearing the bark off of the man from Bain.

Not much inspiration in that message.