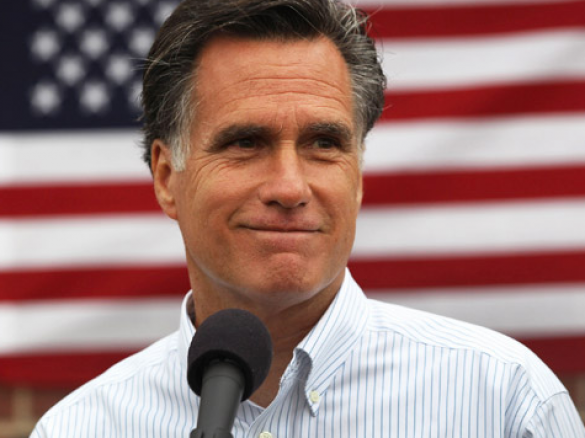 Mitt Romney is a lying racist.

At least that is what the Obama Campaign would have you believe.

Clearly, that makes him a racist.

Robert Rector, a leading expert on the welfare reform law of 1996, and Kiki Bradley, a former colleague of mine in Denny Hastert’s office, wrote that the Obama Administration was weakening the law by taking away to strict work requirements.

Here is what they wrote:

“(T)he Obama administration issued a dramatic new directive stating that the traditional TANF work requirements will be waived or overridden by a legal device called a section 1115 waiver authority under the Social Security law (42 U.S.C. 1315).

Section 1115 allows HHS to “waive compliance” with specified parts of various laws. But this is not an open-ended authority: All provisions of law that can be overridden under section 1115 must be listed in section 1115 itself.  The work provisions of the TANF program are contained in section 407 (entitled, appropriately, “mandatory work requirements”). Critically, this section, as well as most other TANF requirements, is deliberately not listed in section 1115; its provisions cannot be waived. Obviously, if the Congress had wanted HHS to be able to waive the TANF work requirements laid out in section 407, it would have listed that section as waivable under section 1115. It did not do that.  In the past, state bureaucrats have attempted to define activities such as hula dancing, attending Weight Watchers, and bed rest as “work.” Welfare reform instituted work standards to block these dodges. Now that the Obama administration has abolished those standards, we can expect “work” in the TANF program to mean anything but work.”

But the Obama campaign sees racism in this ad.  Debbie Wasserman Schultz, the voluble DNC chairperson, said that the Romney campaign is playing the race card.   The Daily Kos said that the campaign had gone “full racist.”   I did a television show with an Obama spokesperson, and basically called me racist for defending the advertisement.

It is no secret that Obama hated the welfare reform law when it was signed into law by President Clinton.   And it is no secret that the liberal left, from which he hales, would prefer to see the law go away.   So, it is not a stretch to believe that Obama would want to gut the law.  And that it exactly what the Obama Administration is trying to do.  To call the President out for that effort is not racist.  And it is not a lie.

Which brings me to my second point.

The Obama campaign likes to throw that accusation around a bunch.

It started after Paul Ryan’s speech at the convention.

They called him a liar, although every single word uttered by the Wisconsin Congressman was completely accurate.

They found Ryan to be a threat and the best way to deal with that threat was to destroy his credibility.  Calling him a liar was surest route to that end result.

They said Ryan was a liar because he didn’t include in his remarks on the Simpson-Bowles Commission the fact that he voted against the conclusions.  But that wasn’t a lie.  Anybody who knows anything about the commission knows that Ryan voted against it.  The point that Ryan was making was simple.  Obama appointed Simpson and Bowles to lead this much-ballyhooed group, and then he abandoned it as if its members all had the Bubonic plague.  Ryan at least voted against it and then passed his own budget plan.  Obama didn’t even bother to present a credible budget in his entire first term.

The meme that the Republicans are a bunch of liars has continued with the fallout from the first Presidential debate.

Obama got his butt completely kicked in that first debate, and the only response of his campaign is that Romney lied.

But Romney didn’t lie, especially when it comes to his tax plan.

Mitt Romney’s plan is not going to raise taxes on the middle class.  That assertion is in itself a lie, although it is central part of the Obama campaign.  Romney knows that raising taxes on middle class voters would be political suicide.  His political base would kill him.

But Team Obama can’t come up with any better excuse for the unprepared, uninteresting, unresponsive of the President in the first debate.

Mitt Romney is not a lying racist.  He just disagrees with the President on substantive policy issues and a vision for the future of this country.

This would be a better campaign if the Obama folks could keep that in mind.