This originally appeared in The Hill. 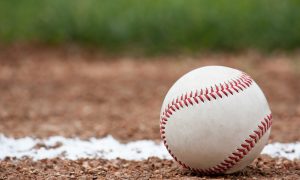 Washington plays host to the 89th annual MLB All-Star game later today. The nation’s capital has a long, if complicated, relationship with the national pastime.

It used to be said that Washington was “first in war, first in peace and last in the American League,” but that was back when the Senators played and when Congress actually had a role in declaring war (or peace, for that matter).

The Library of Congress has an excellent exhibition called “Baseball Americana” that details the rich and vibrant history of baseball. Included is what has been dubbed the Magna Carta of the game, a set of rules drafted by Daniel “Doc” Adams in 1856 and ratified by a convention in 1857, that established the contours of the game.

There is a gnawing sense that something is wrong with both games, that they don’t move fast enough, that the fans quickly lose interest.

Both baseball and politics are, by their very nature, long games. Baseball is a long season, filled with ups and downs, injuries, hot and cold streaks. The legislative process, done right, also is a long process. Hearings need to be held, amendments need to be considered, the two houses need to reconcile their versions. This is meant to ensure that not every cockamamie idea becomes a law.

But society moves faster now. We live in a world of instant gratification. We want to know who the winners and losers are now. We want our problems fixed now. We don’t have the patience or the wherewithal to consider every implication, every idea, every angle.

In baseball, that means we want more home runs and less bunts. We want more fastballs and less crafty curveballs. And what we get is somebody like All-Star Bryce Harper, who is close to leading the league in home runs, strikeouts and walks. He is barely above the Mendoza line, though, and if he weren’t such a big media-generated star, he would be nowhere near this year’s Midseason Classic.

In politics, we have a lot of strikeouts, but very few home runs. The House struck out earlier this summer when it came to fixing our broken immigration system and looked just as silly as Harper swinging at a slow curveball. Why can’t Congress do some incremental things, like fix the “Dreamer”issue  and put more money into border enforcement? That would be akin to working a walk, bunting the base runner over and then getting a solid single to score a run.

Baseball should be an inspiration when it comes to the immigration debate. Nobody complains when star players come to America from Venezuela, the Dominican Republic or Japan. Shohei Ohtani, one such player, is the year’s biggest story, a home-run hitter who is also a star pitcher who brings back memories of Babe Ruth.

Baseball has long been a crucible of social progress.  You look at the library exhibit, and you see how five years after the rules of baseball were officially adopted, prisoners played the game in a Civil War prison camp. You see how baseball was played in the aftermath of Hiroshima to build bridges with the Japanese (baseball is also their national pastime) as we rebuilt their society after the destruction of World War II.

At the same exhibit, you can read about the courageous journey of Jackie Robinson as he broke the color line as America finally started to live up to the promise of our founding documents.

Senate Majority Leader Mitch McConnell’s (R-Ky.) excellent autobiography is called “The Long Game.” It is a story of perseverance and of the grit it takes to be successful in our national political pastime.

Neither American baseball nor American politics are built for instant gratification.  They both take work and a lot of patience. Let’s hope they can survive this Twitter world.

Feehery is partner at EFB Advocacy and blogs at www.thefeeherytheory.com. He served as spokesman to former Speaker of the House Dennis Hastert (R-Ill.), as communications director to former Rep. Tom DeLay (R-Texas) when he was majority whip and as a speechwriter to former Minority Leader Bob Michel (R-Ill.).