The Lessons of Vietnam – Ken Burns 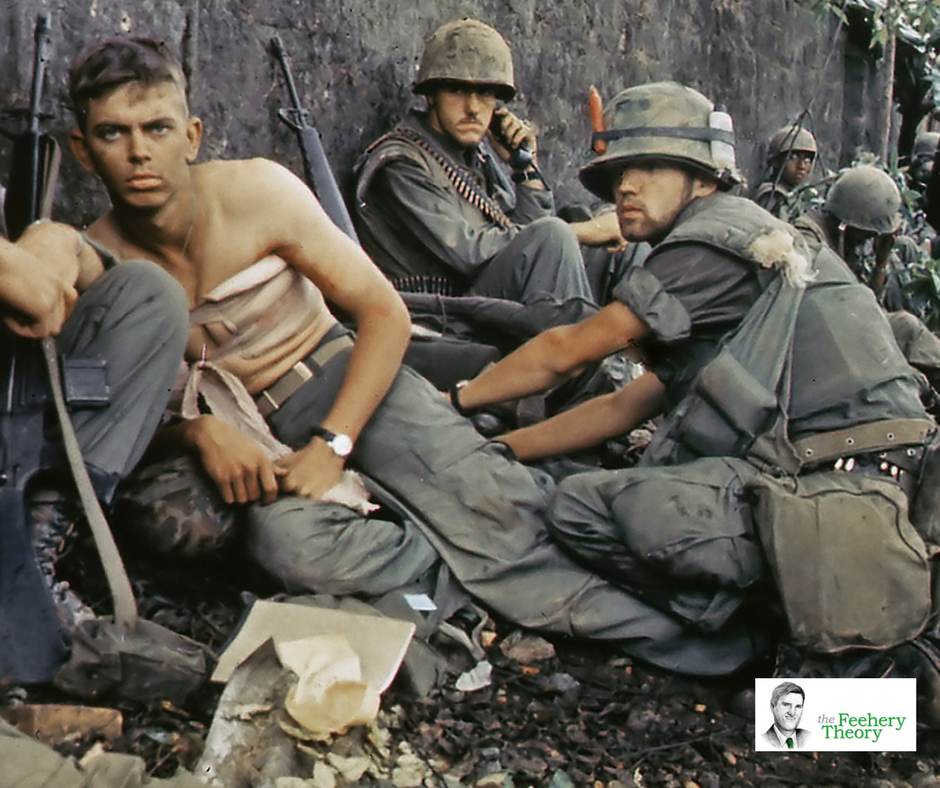 Like many Americans, I watched the latest documentary from Ken Burns that detailed the history of the Vietnam War.

Here are the lessons I took away from it:

Vietnam was part of a bigger strategic conflict and shouldn’t be seen only in isolation:

We had fought to a draw in Korea against the Communists and believed we could fight them to a draw in Vietnam. Of course, the terrain was different, but we knew so little about Southeast Asia that we didn’t take the different realities into account. Historians will look at Iraq much like they now look at Vietnam, but back in 2003, invading Iraq made sense as part of broader strategic war against terrorism.

Winning the hearts and minds doesn’t work at the point of a bayonet:

We tried pacification in Vietnam and are trying it again in both Afghanistan and Iraq. But it didn’t work in Vietnam, and it is hard to see how it will work in our current war on terror. America can’t impose its values and democratic traditions on other countries that don’t share our history.

South Vietnam’s biggest problem came from its political leadership. It was corrupt, self-dealing and incompetent. The Communist leadership, on the other hand, was disciplined and singularly focused, if brutal. Similarly, both the Iraqi and Afghan political leadership is ethically compromised, while the Taliban and the extremist Islamic groups in Iraq relentlessly use their religious ideology to inspire discipline.

The best and the brightest are often neither:

Those elements of the Kennedy administration that stayed with Lyndon Johnson, especially Robert McNamara, who led the Department of Defense, were heralded as whiz kids who used advanced metrics to win the war. Those metrics, including the much derided kill ratios, may have helped the Americans to win tactical victories, but did nothing to win the war strategically. Beware of experts whose main expertise comes from books and not from real-world experience.

War is unpredictable and makes good people do bad things:

There is no such thing as a clean war. Warfighters kill people and the innocent die. The stories told by American soldiers, American prisoners of war and their Vietnamese counterparts are chilling in their brutality. The survival instinct is strong and people will do things in war that they would never even dream of doing in civilian life.

The media played an essential role:

There was plenty of fake news in the reporting on the conflict of Vietnam, but most of that came from the government. Without the media really getting its claws into the story, it’s likely we might still be there. From the reporting of Neil Patrick Sheehan of The New York Times to the pictures from The Associated Press, the American people got the unvarnished truth, and that pushed policymakers to find a way to get us out of the war.

The Silent Majority is a real thing:

Polls showed that most Americans still supported the war late in the 1960s. That’s why Richard Nixon won in both 1968 and in a landslide in 1972. The press may have hated him, and liberals might have reviled him, but Nixon understood how to message to the vast middle of the country. The American people like law and order and they want their side to win when it comes to war. Donald Trump understands that dynamic very well.

Bygones need to be bygones:

Vietnam is now an important trading partner of the United States. We did terrible things in that country and the Communists did terrible things to our prisoners of war. But when we forgive, we move forward and make progress. We can’t be held captive to our history.

(Posted on The Hill)