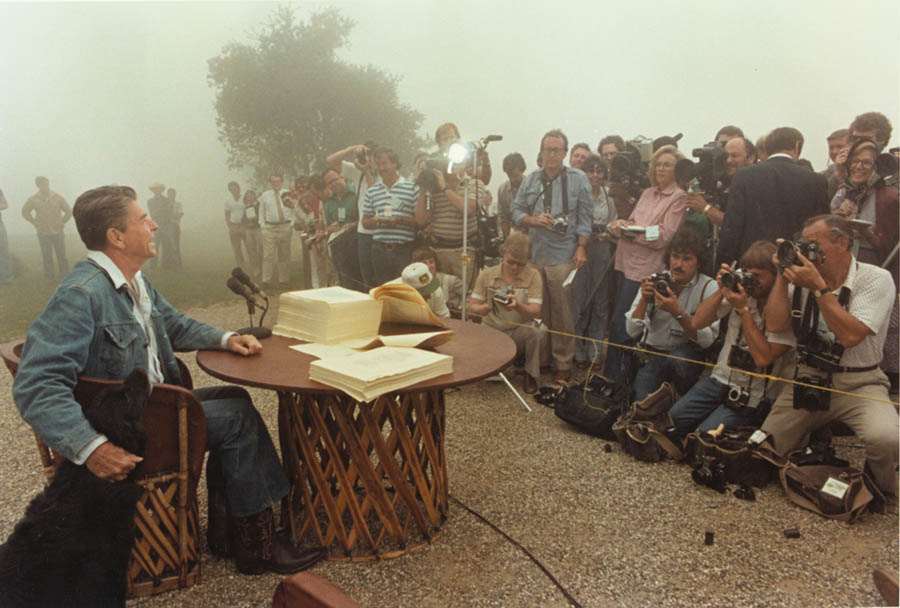 When Bruce Thompson and Jim Brady started selling a tax reform plan in the late 1970’s, they didn’t get into specifics or try to educate people on the intricacies of tax policy.

They stuck to big themes and creatively captured the attention of the media and the American people.

Thompson was the tax counsel for Delaware Senator Bill Roth and Brady was Roth’s mouthpiece and they were selling the legendary Roth-Kemp tax reform plan that would later become the central component of the Reagan economic agenda.

When Thompson, who later worked in the Reagan Treasury Department, and Brady, who would later become Reagan’s Press Secretary, started work selling the Kemp-Roth plan, they didn’t know who would be the President after the 1980 election.

It was by no means a sure thing that Ronald Reagan would get the nomination, let alone beat an incumbent President.

But Thompson and Brady had a plan and they had a willing partner in Jack Kemp, who was an evangelist for pro-growth economic policies. Kemp had the charisma, the drive and the deep belief that a rising tide lifts all boats, to quote Jack Kennedy.

Well before the Presidential election of 1980 started dominating the media’s attention, Bill Roth’s staff had tilled the field to get the discussion moving on the economic benefits of comprehensive tax reform. The message was pretty simple. In an era of stagflation, the American people needed a plan to get the economy moving again.

Roth’s counterpart on the Senate Finance Committee, Russell Long (he famously summed up the attitude of most Americans towards tax policy: Don’t tax me, don’t tax thee, tax that fellow behind the tree), was open to the idea of tax reform and he allowed the Republican to schedule dozens of committee hearings to promote the ideas of the supply-siders.

Back in 1978 and 1979, Republicans weren’t all united in the idea of pro-growth economic policies. Indeed, most Republicans focused more on austerity measures because they were overly concerned about the debt.

Kemp famously didn’t care about the public debt. He cared about putting people to work and getting the economy growing. Along with Art Laffer, he promoted a plan called supply-side economics that promised that if the government would cut high tax rates dramatically, the resulting economic growth would lead to much higher tax revenues.

And it worked. Under Ronald Reagan, tax cuts went down and tax revenues went up.  Of course, deficits also went up during the Reagan years, chiefly because of an aggressive expansion of defense spending and increased entitlement spending.

But the basic concept of supply side has continued to be a key part of Republican dogma ever since.

35 years after Ronald Reagan won the White House, Republicans are once again preparing plans for a new agenda.

Paul Ryan, who once worked for Kemp, now occupies the Speaker’s Chair and he has made it clear that he too wants to reform the tax code, which has grown ever more complex in the last several decades.

Ryan will do himself a world of good by passing a tax extenders package later this week. That extenders package will improve the baseline, which will make it easier to get the proper scoring for a comprehensive tax reform package he promises to introduce next year.

By making many of the extenders permanent, he will also make industry more unified and focused on tax reform next year, which should help the cause.

Tax reform is necessary and increasingly urgent, especially on the business side. More and more American companies are either moving their headquarters overseas or being bought by foreign competitors, mostly because our corporate tax rates are the highest in the world.

The only real way to stop this trend is to cut the corporate rate, making it more competitive with the rest of the world.

Of course, corporate tax reform doesn’t sound that enticing to most voters, many of whom have increased antipathy to the c-suite executives and their decision making process.

Paul Ryan is smart to make tax reform a centerpiece of his reform agenda next year. It’s important to get these conversations going now.