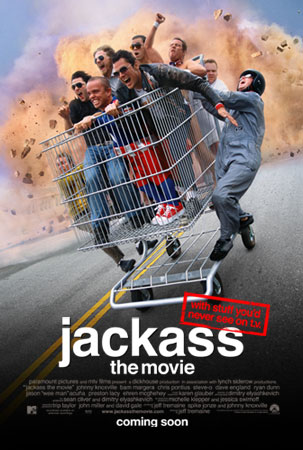 Ted Cruz is a smart guy.

He went to Princeton, graduated from Harvard Law School, has argued several cases before the Supreme Court and has shown a mastery for memorizing the Constitution since he was a toddler.

So why does John Boehner call him a jackass?

The outgoing Speaker used that descriptive term at a fundraising in Colorado a month ago and then reiterated that description of him on national television over the weekend.

Boehner doesn’t have the academic credentials of Mr. Cruz. He went to Moeller High School, where he played football for legendary coach Gerry Faust. He graduated from Xavier University. He is Jesuit-trained but hasn’t darkened the halls of an Ivy League school other than perhaps to visit.

Surely, an Ivy-League trained Harvard lawyer can’t be a foolish or stupid person.

There is a television series/movie called Jackass. In that series/movie, dumb people do stupid things on camera and often get hurt in the process. Things like jumping off buildings, getting whacked in the head with a plank, crashing a bike, stuff like that.

That’s kind of like attacking your leadership and the rest of the members of your Conference for not being bold enough to shut down the government just one more time.

Ted Cruz is doing better than he ought to be doing in the Presidential polls.   He has a loyal contingent of supporters throughout the country who buy what he is selling.

In Washington, though, he is a man without a party.

Rand Paul, a maverick in his own right, said this about his Senate colleague, “Ted has chosen to make this really personal and chosen to call people dishonest in leadership and call them names, which really goes against the decorum and also against the rules of the Senate, and as a consequence, he can’t get anything done legislatively. He is pretty much done for and stifled and it’s really because of personal relationships, or lack of personal relationships, and it is a problem.”

Sure, Cruz still has some fans. His former Communications Director, Amanda Carpenter, still tweets out his comments in adoring fashion.

I just got an email from his wife, asking me for money for his Presidential campaign. As if.

And I am sure some members of the Freedom Caucus in the House still look at him as a real leader.

Keep in mind, though, that the movie Jackass did boffo business at the box office. Interesting sidenote: Jackass, the Movie was produced by MTV and an outfit called Dickhouse Productions. Coincidence? You tell me.

The movie has a warning to any and all spectators: Don’t try this at home.

Just because a lot of people went to see the movie Jackass doesn’t mean that those same folks should try stupid stunts that could put them in danger.

Similarly, just because some people think that Ted Cruz is the bee’s knees means that Republicans should shut the government down again.

John Boehner might not be an Ivy-league Lawyer but he is no jackass. That’s for sure.