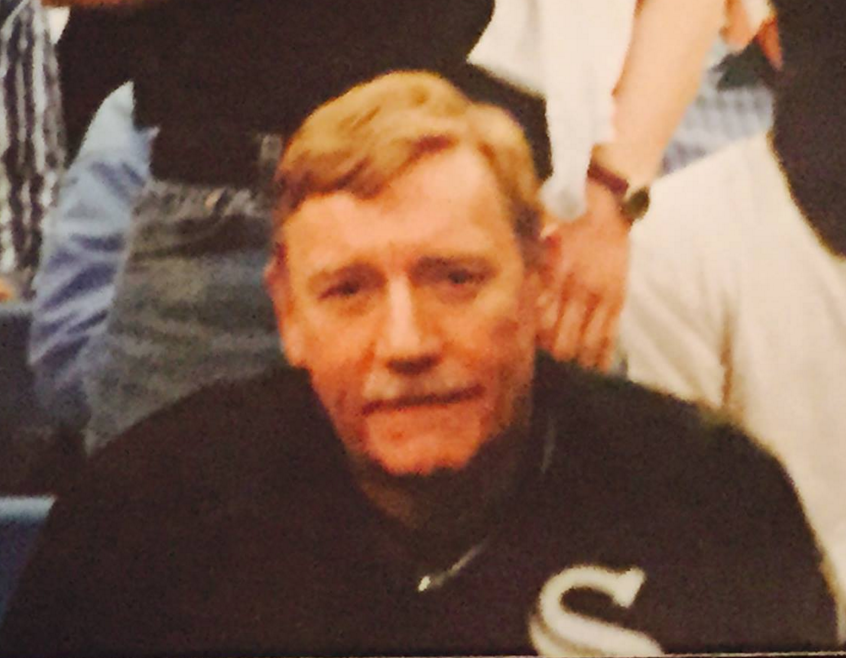 It’s a helluva thing to not be able to eat on Thanksgiving because the Parkinson’s disease makes it impossible to swallow.

Thanksgiving was always a big event in the Feehery household, and my Dad, who wasn’t as prodigious an eater as perhaps his eldest son, still liked to pack the plate.

His mother used to make cheese-beans, which was a special recipe of green beans and a lot of cheese. It was a nice accompaniment to the turkey and the dressing.

So it is all the more sad that over this Thanksgiving holiday, my father died.

But he was a good man and a good father.

I find it hard to overstate how influential Dad was on me.

I love Notre Dame because my Dad loved Notre Dame. Neither of us graduated from there, but our connection to the Fighting Irish is real and it is deep.

I am a Republican, and my dad was a Republican. But there are times that he veered towards the middle and I can say the same about myself.

I am a writer and my dad was a writer. He was a great writer and he knew more about the English language than anybody I know and certainly a lot more than me. He wrote a Style Book for Amoco Oil and if they don’t use it at BP, they should.

I have a Master’s degree in Irish history.

I didn’t want to grow up to be my Dad when I was younger, and I am a far different person than he was. And I guess that’s how it usually works out in life. I am my Father’s son, just as my brothers, Jim and Brian, are.

I told my high school administrators to put John Patrick Feehery Junior on my diploma, and it drove my Dad crazy. I wasn’t a Junior. Dad’s middle name is Edward.

I wanted to be a Junior but he wanted me to be my own man.

Jack Feehery was the opposite of a helicopter parent.

Salutary neglect was more like it. And I think that’s how we both liked it.

When it came to my academics, he once helped me to edit a term paper that I had done in high school. I never let that happen again. It was a brutal experience. He parsed every word. It was humiliating. But I learned from it.

Growing up a Feehery man wasn’t always milk and honey. My parents got divorced when I was 13, and Dad gained custody when my mother remarried.

So, it was Dad, my two brothers and me.

We were half of the Brady Bunch. But it was more like a frat house at times than a family. We had our moments. But we somehow survived.

And we learned. My brothers and I are doing pretty well. We learned how to do things for ourselves that Dad wasn’t going to do for us.

Sometimes I think the folks who do the best in life don’t have their parents to do everything for them. Their parents let them learn, let them fail. They make do. And that’s what we boys did in our little frat house.

Dad didn’t shy away from a fight.

I remember one time when he wrote a column for the local newspaper (he would do some reporting on the side) and he really gave it to the school superintendent.

It was tough reporting. Not what the folks in Homewood-Flossmoor had come to expect.

Dad made a living as a corporate flack for Amoco Oil. His claim to fame was Amoco Man, a cartoon character that he dreamed up to stick up for Big Oil.

Sticking up for Big Oil in the late 1970’s wasn’t easy. Gas prices were through the roof and Jimmy Carter was talking up a windfall profits tax to gouge the oil companies who were gouging the American consumer.

Dad didn’t shy away from a fight in other ways.

One night, a colleague of his who had served in the British Army and did some time patrolling in Northern Ireland, came over for a drink or two.

My dad and the British dude argued over whisky until the wee hours of the night about how the English had to leave Ireland and stop their repression of the Irish people.

That’s how he was.

Dad questioned the Catholic Church at every turn, but stayed faithful to its teachings.

One time, as Vatican II spread its influence over our little parish, it became fashionable for the priest to take questions from the audience during Mass.

My Dad asked the priest a pointed question about some Church teaching and of course, we Feehery boys were completely humiliated.

You don’t get in an argument with the priest during Mass about a precept of the Church, unless of course, you are Jack Feehery.

But Dad had honest convictions. And he was an honest man.

That’s the one thing I will most remember about my Dad.

He was unfailingly honest. Perhaps to a fault.

The world doesn’t particularly care for honesty, especially these days.

We try to overlook things that are patently obvious. We try to create safe spaces for people, when there is no such thing as a safe space.

Our politics is chock full of dishonesty. Politicians make promises that they can’t keep.

My dad was interested in politics in the abstract and he was a faithful voter, but wasn’t the kind of guy who would work on a campaign or become a political insider.

But he knew people who did get involved, and those people (Kent Barry and John Coyne) were instrumental in getting me my first job in Washington.

All you really need to know about Jack Feehery was that he voted for Richard Nixon in 1960 and against him in 1972, a rare feat for an Irish Catholic from the South Side of Chicago.

He thought Nixon won the first televised debate against Kennedy (when everybody else thought he lost).

He voted against Nixon in ’72, because he thought he was a crook.

As you can see, my father was a contrarian. But he was an honest contrarian. He saw through the bullshit and lived life on his terms.

He wasn’t the perfect man. But he was a good man. And an honest one.

And that is awfully hard to find these days.

I will miss him.