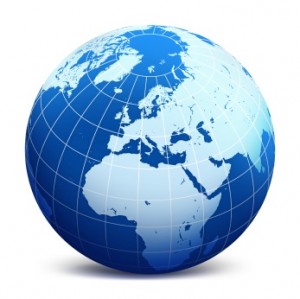 It used to be said that domestic differences stop at the water’s edge.

That was never less true than it is today.

That is but one reason to be bullish on America. We embrace globalism, even when we don’t want to.

Immigration built America and it continues to do so. That is why America always changes, always adapts, rarely become stagnant and constantly improves. Sometimes the pace of change is hard for the nativists, but eventually they come around to the notion that these new arrivals can be useful in their own way.

What do I mean when I say that domestic and foreign policy are inexorably linked? Let me give you an example.

The Germans and the Japanese can afford to heavily subsidize health care for their companies because they pay very little for their national security (on a per-capita basis) They let Americans take care of that for them.

So a debate on burden sharing (where our allies have to pay more for their own protection) is actually a debate about health care.

Another example? How about jobs?

Nothing could be more important for the domestic agenda than jobs.

But more and more, jobs are tied into trade. We can’t get job growth in this country with increasing trade. When the Chinese buy more of our products, it helps to create jobs here.

That is why a part of the President’s jobs agenda includes trade with other countries, like Columbia, South Korea and Panama.

But getting trade agreements with these countries requires diplomacy and a broader understanding of our global interests.

Nowhere does the confluence of domestic and foreign policy interest more urgently than with the Internet.

Yes, global commerce is made vastly simpler with the brave new world of web-based trade. But so are the chances that a person will get victimized by international criminals.

Hackers, phishers, thieves and swindlers from China, Nigeria, Russia and points across the globe blur the lines between domestic security and international crime.

Crime has been classified in the past as a domestic issue. Not anymore. Crime has gone global.

We live in a global society and we better get used to it.

John McCain is right. The GOP can’t give in to isolationist impulses. We need leaders who can see the global picture, because more and more, what happens over there hits us over here.