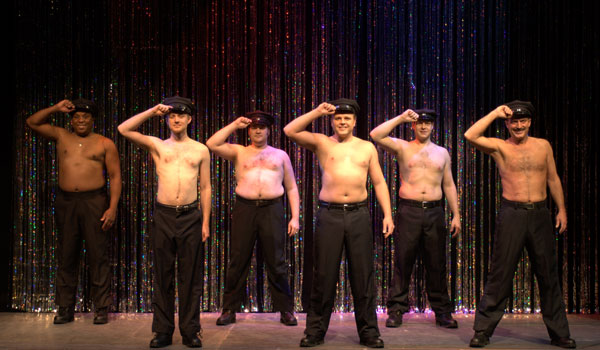 Political conventions might be a waste of time, but then again, they reveal much about our nation’s political parties.

The Republican convention reminded me of the housewife who cleans up furiously before the cleaning lady comes over.  It was all about keeping up appearances.

The Democratic convention let it all hang out.  It showed the Full Monty.

The Republicans tried hard to keep the focus on the economy.  There wasn’t much talk about gay marriage or abortion from the stage.

Those were the only issues that the Democrats really wanted to talk about.

Sure, the Democrats talked about the economy, but only in passing.

For them, abortion seems to be the top issue.  That and birth control.

As if Republicans are going to come and take away everybody’s condoms.

In fact, condoms were freely given away at one of those thousands of Charlotte’s parties.  Condoms to protect the country from Romney and Ryan.  Hah.  Hah.

It used to be said that it was the Republicans were preoccupied with sex.  But this time around, that was all the Democrats wanted to focus on.

All of that talk about sex must have put Cardinal Dolan in a fairly tough spot as he gave the final blessing to end the Charlotte convention.  But he pulled it off flawlessly, even as he mentioned the importance of religious liberty, a concept seemingly foreign to the Obama Administration.

It was revealed that Monica Lewinsky’s rabbi gave one of the blessings during the convention.  Lewinsky, for those who have forgotten, had non-sexual sex with Bill Clinton in the Oval Office.  It is unclear if Bubba used a condom.

Of course, that part of the Clinton biography was left on the cutting room floor in the brief video that introduced the formerly disgraced but now completely rehabilitated President.

Luckily for Bill, Hillary was half way around the globe when he gave his glowing recommendation speech for the current President.  You have to wonder if the cat is away, did the mouse get a chance to play?  Well, at least, I wondered about that.

In any event, there has been no sex scandals associated with Barack Obama, only the scandal of an economy that completely sucks.

And that is why the Democrats would rather talk about sex (and all of the issues that surround it) than talk about jobs.

With news of the latest jobs report, that is completely understandable.

The Full Monty is a nice distraction from the most important issue facing the American people, which of course, is the economy.