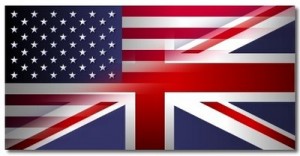 According to newspaper reports, Prince Williams’ upcoming nuptials to Kate Middleton are facing criticism from some royalists within the British Monarchy. The reason? She is too common.

Yes, despite being particularly beautiful and having more family money than Midas, Middleton doesn’t come from royal stock. In fact, she has some coal miner’s dust on her lineage, as they say in Old Britannia. (One of her ancestors actually worked in a coal mine).

We have royal families in America, too.

The Bushes and the Kennedys tend to make up our royal elite, although their influence in Congress is fading. The last Kennedy; Patrick, is calling it quits at the end of the week, and for the first time in more than a half century, neither a Kennedy nor a Bush will be in either the House or the Senate.

In fact, there aren’t any Bushes or Kennedys in any federal or Governor’s office anywhere that I know of. That isn’t going to change unless Jeb decides to restore his family name and throw his hat into the Presidential ring,

It goes without saying that Great Britain is different than us.

In Great Britain, they actually do mind that Kate Middleton once had somebody in her family that worked in a coalmine.

Of course, it would be even worse for them if Kate were a Catholic. You still can’t ascend to the throne and be a Catholic in England. King Henry VIII, who decided to leave the Catholic Church because he wanted to divorce his Spanish wife, founded the Anglican Church. The Pope, who was close to the Spanish wife’s family, who happened to run Spain and much of the rest of Europe at the time, didn’t give Fat Henry his consent. Hank didn’t like that and thusly; he went from being the Chief Defender of the Faith to the biggest thorn in the side of it.

It is for that reason that a Catholic can’t hope to become a King or a Queen.

Middleton, thankfully for the Royals, doesn’t have a Catholic problem. So, she will likely be able to become a Princess of some sort. And if Queen Elizabeth ever stops being Queen, which doesn’t seem likely at this stage of the game, then Kate (or Catherine as she is called by her Royal Patrons) could make it, coal dust and all.

I have minimal high regard for the British royalty (or any Royalty for that matter). In that way, I am more of Jeffersonian, who said that America should replace the permanent aristocracy with a natural aristocracy made up of talent and virtue. Of course, I am also opposed to confiscatory estate taxes, but as Everett Dirksen once said, “inconsistency is the hobgoblin of little minds.”

And while I sometimes agree with my Tory friends from across the pond, I do have some fundamental differences with their worldview. British Conservatives like to come over here and lecture us Americans on how they think we should govern, while at the same time their country goes to hell in a hand basket.

Well, here in America, we are different than you blokes are in England. For example, here in America, we wouldn’t be giving Kate Middleton a hard time because she had a distant ancestor who once toiled below the earth. We would be celebrating her because she is both really hot and really rich, two traits that never go out of style back here in the colonies.