Tax Policy and the Solar Eclipse (And sand, lots of sand) 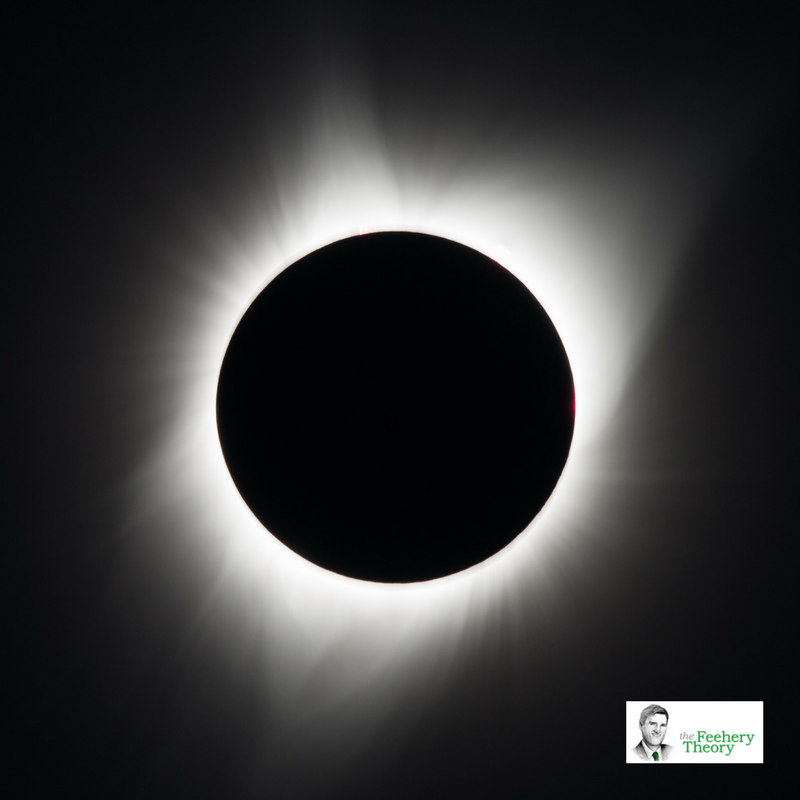 It’s fun to watch America on vacation during a solar eclipse.

It was a big event, no doubt.  But like most other things, people went on with their daily lives, doing what people do on vacation.

We went to a brew pub for lunch yesterday, and on the televisions, they had the Little League World Series playing.  There was no coverage of the biggest news story of the day.

If people wanted to see the eclipse for themselves, they could go outside.

I was going to go on Amazon and buy those glasses, but the prices were outrageous and they weren’t available anyway.

As it turned out, I didn’t need them.  Somebody at the Brew Pub had a solar panel thing that they were more than willing to share.  I took a quick look at the moon crossing the sun, thought to myself, hey, that’s cool, and gave it back to the person who lent it to me.

Donald Trump didn’t need solar glasses when he stared up at the sun.  He’s like Chuck Norris.  He’s huge.

There was a picture of 5 generations of the Bushes looking up at the sun with their glasses.  Cute.

It was George W. Bush who got us into Afghanistan.  And apparently, Donald Trump isn’t going to be the one to get us out.

That was the other news last night.

Not much can unify this country.  A solar eclipse can.  And so can Afghanistan.

We all went into that war thinking it was the right one.  And we all want to get out now, but don’t know how.

President Trump shares our anger at the current situation.  But we all know that if we leave too early, we are a bunch of losers.  And worse, Afghanistan becomes a hotbed for radicalized Muslims who like to tear down historic religious shrines of their opponents.

The difference between the Taliban and the Antifa when it comes to tearing down monuments is just a matter of degree.  Most Americans agree with President Trump when it comes to the destruction of civil war monuments.  At least, that’s what the polls say.

They want them to stay up.  History is history, and you can try to destroy it if you want, but it always seems to come back, sometimes in the most inopportune times.

So, we should be cognizant of that history as we go forward.

Talking about history, Mr. Trump talked about how the next monuments that would be subject to intense review would include those of Mr. Jefferson and Mr. Washington.

Almost as if on cue, some elements of the left then immediately started talking about how to tear down monuments dedicated to our founding fathers.

Our founding fathers, if you know your history, rebelled against Great Britain over tax policy.

The King wanted to increase taxes on his less than loyal subjects.  No taxation without representation thundered the annoyed colonists.

You can find that motto on the license plates in the District of Columbia, not as a nod to history but more as a plaintive plea to give DC residents a voting member of Congress and maybe a couple Senators to boot.

I live in the District, and I would be fine with that.

That being said, tax policy is the next thing up for debate in the United States Congress.

Kevin Brady, the House Ways and Means Committee Chairman, has been traveling around the country, talking up his plan to reform our broken tax code.

The big question is how can you cut taxes without giving a big tax cut to rich people.  Trump, ironically, doesn’t want to cut taxes for his fellow billionaires, which makes him probably the most impressive Republican politician in a generation.

Most people who were on vacation here at the beach weren’t really paying attention to any of that debate.  They were focused on the sun, and the moon, and the waves and the sand that inevitably gets into everything.